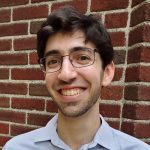 I am a historian of modern Europe, with an emphasis on Germany and its global entanglements. My research and teaching foreground questions of democracy, citizenship, and human rights. I am especially interested in how European national and religious identities have evolved against the backdrop of territorial conflict, divided sovereignties, ethnic cleansing, and genocide. (more…) 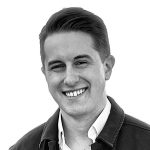 I am a historian of science and technology and STS researcher, concentrating primarily on computer science and digital technologies in the United States. Prior to joining the History Department, I was a postdoctoral fellow at the New-York Historical Society. (more…) 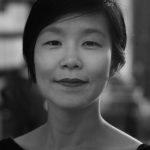 I am a historian of the United States and international and diplomatic history. In my research and teaching, I focus on three issues that have centrally informed the position of the United States vis-à-vis the decolonizing world during the twentieth century and beyond: the relationships between liberalism and racial formations, global militarism and sovereignty, and transnational political movements and international law. (more…) 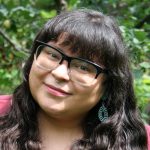 I’m an interdisciplinary scholar of twentieth century American Indian and Indigenous histories, with a special focus on the Great Lakes. I received my PhD in American Studies from the University of Minnesota Twin Cities in 2020 and my dissertation, “Gakaabikaang: White Earth Ojibwe Women and the Creation of Indian Minneapolis in the Twentieth Century” examines the gendered practices of place-making, community organizing, and activism among White Earth Ojibwe in an urban environment from the 1920s to the 1970s. I am currently in the process of working on my first manuscript, which centers on the labor of White Earth Ojibwe women in creating Ojibwe and intertribal community infrastructure in Minneapolis in the twentieth century. (more…) 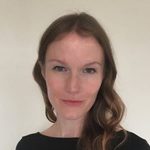 I am a legal and political historian of modern North America. My research and teaching focus on United States imperialism, the American West, U.S. Foreign Relations, and international order. I am currently writing a book about how a forgotten tradition of international legal claims against the United States transformed foreign policymaking as the nation was becoming a global power. Between 1900 and 1930, thousands of migrants to the U.S. and its territories charged the federal government with promoting forms of racialized labor coercion that violated the international norms known as the “standard of civilization.” Through attention to the consequences of their unexpected claims, the book explains why a legal framework that facilitated American imperial interventions throughout the nineteenth century collapsed during the first decades of the twentieth, prompting foreign policymakers to develop new institutions through which to project U.S. power abroad. (more…)

I am a historian of technology with a focus on twentieth-century North Africa and the Middle East. My work examines the links between colonial modernization projects, the construction of racialized technical hierarchies, local forms of political contestation and technological labor, and the remaking of urban environments in the region. My research has been funded through awards from the Social Science Research Council and the American Council of Learned Societies. (more…)