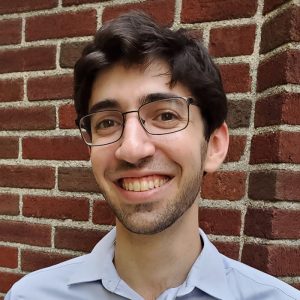 I am a historian of modern Europe, with an emphasis on Germany and its global entanglements. My research and teaching foreground questions of democracy, citizenship, and human rights. I am especially interested in how European national and religious identities have evolved against the backdrop of territorial conflict, divided sovereignties, ethnic cleansing, and genocide.

My current book manuscript, Reinventing Protestant Germany: Religion, Nation, and Democracy after Nazism, takes a fresh look at the formation of West Germany’s post-1945 democracy on the ashes of Nazi dictatorship. It argues that political transformations in Germany’s Protestant churches—historically aligned with conservative ethno-nationalism—were central to the construction of post-Nazi democratic institutions and national identities. The project follows a cohort of pastors and lay intellectuals who served as collaborators, witnesses, and occasional resisters under National Socialism. After 1945, these Protestant activists recast longstanding religious symbols, as well as their own record under Nazism, to imagine Germany’s Protestant heritage as a fount of democratic values. They played crucial roles in the expansion of West Germans’ constitutional rights, even while forestalling a forthright reckoning with the Nazi past.

A second project at an early stage of development will analyze how German-speaking Europeans  imagined and intervened in conflicts over contested territories across the twentieth-century world. My research explores how Germans projected experiences of territorial conflict and ethnic cleansing in Central Europe to shape modern international law. I also work in modern European intellectual history, most recently publishing the first English-language review of Jürgen Habermas’s This Too a History of Philosophy.

My teaching fields include modern European and German history; Nazi Germany and the Holocaust; European intellectual and cultural history; and histories of genocide, war crimes, and human rights.