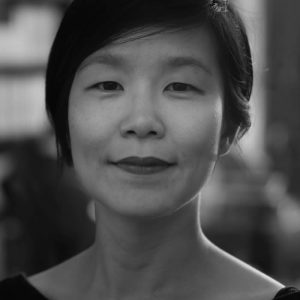 I am a historian of the United States and international and diplomatic history. In my research and teaching, I focus on three issues that have centrally informed the position of the United States vis-à-vis the decolonizing world during the twentieth century and beyond: the relationships between liberalism and racial formations, global militarism and sovereignty, and transnational political movements and international law.

My scholarship analyzes a fundamental practice used by the United States during the era of formal decolonization in the global Cold War: wars of intervention. My work aims to place US empire and warmaking within global processes of colonialism through unexpected sites of encounter like the military interrogation room. My first book, The Interrogation Rooms of the Korean War: The Untold History, tells the story of the changing script of warfare in the mid-twentieth century through the war that was not an official war – the “police action” called the Korean War.  From the North Korean POW camps along the Yalu River, to US-run POW camps on the South Korean island of Koje, and the Indian-controlled POW repatriation center in New Delhi, I tell a global history of the Korean War through four different military interrogation rooms: those created by the US military, South Korean paramilitary youth groups, the North Korean and Chinese militaries, and the Indian Custodian Force. The Interrogation Rooms of the Korean War reveals that the twentieth-century liberal project of regulating, not eliminating, warfare on the decolonizing globe was, in fact, a more fundamental battle over defining the terms of sovereignty and political recognition.  The ambitions of empire, revolution, and international solidarity converged upon an intimate encounter of military warfare: the interrogator and the interrogated prisoner of war.

The Korean War is the only “hot war” of the Cold War that has still not come to an official end, and my current book project further explores and examines the kinds of violence and experience that are not as publicly visible and legible as a continuous form of warfare.  For my current project which expands on this research, The World that Hunger Made: The Koreas, the United States, and Afro-Asia, I tackle another subject traditionally in the purview of Cold War foreign policy and warfare: development.

In my teaching, I am committed to exploring questions about social justice by connecting local and community politics to transnational and international geopolitics.  I am much more interested in asking questions along with my students about U.S. empire, race, and decolonization from the “bottom-up,” with a focus on how more ordinary people challenged power, rather than focusing on the usual elite people in power. My latest co-edited journal issue focused on “Policing, Justice, and the Radical Imagination” with Radical History Review.