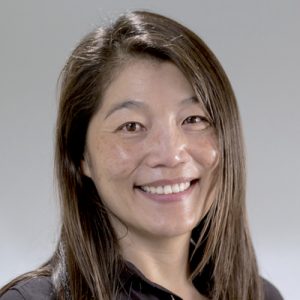 I completed my doctoral degree at the University of California, Irvine in History with a Graduate Feminist Emphasis and an emphasis in Critical Theory. Before attending graduate school, I worked as a GED Instructor/Educational Coordinator for a HUD funded program called PACE/SIPA YouthBuild which provided on-site job training and GED instruction for at-risk youths between the ages of 18-25 in the downtown Los Angeles area. I earned my B.S. from the University of California, Los Angeles with a double major in Physiological Science and Asian American Studies.

My teaching and research interests develop the multiple and conflicting ways in which race, gender, class, sexuality, and nationality structure our society, critically determining who gets to be included and excluded. I offer courses that examine the interplay among these identity categories within U.S. cold war culture, Asian American history and culture, American Studies within a transnational framework, and discourses on citizenship.

I am currently working on a project entitled, “Rebuilding California’s Skid Row Neighborhoods: Southeast Asian and Central American Refugees and the Growth of the Homeless Population in the United States, 1945-1980,” that examines how the residence of Southeast Asian families in the Tenderloin of San Francisco and of Central American families in Skid Row, Los Angeles shaped the development of these locales.