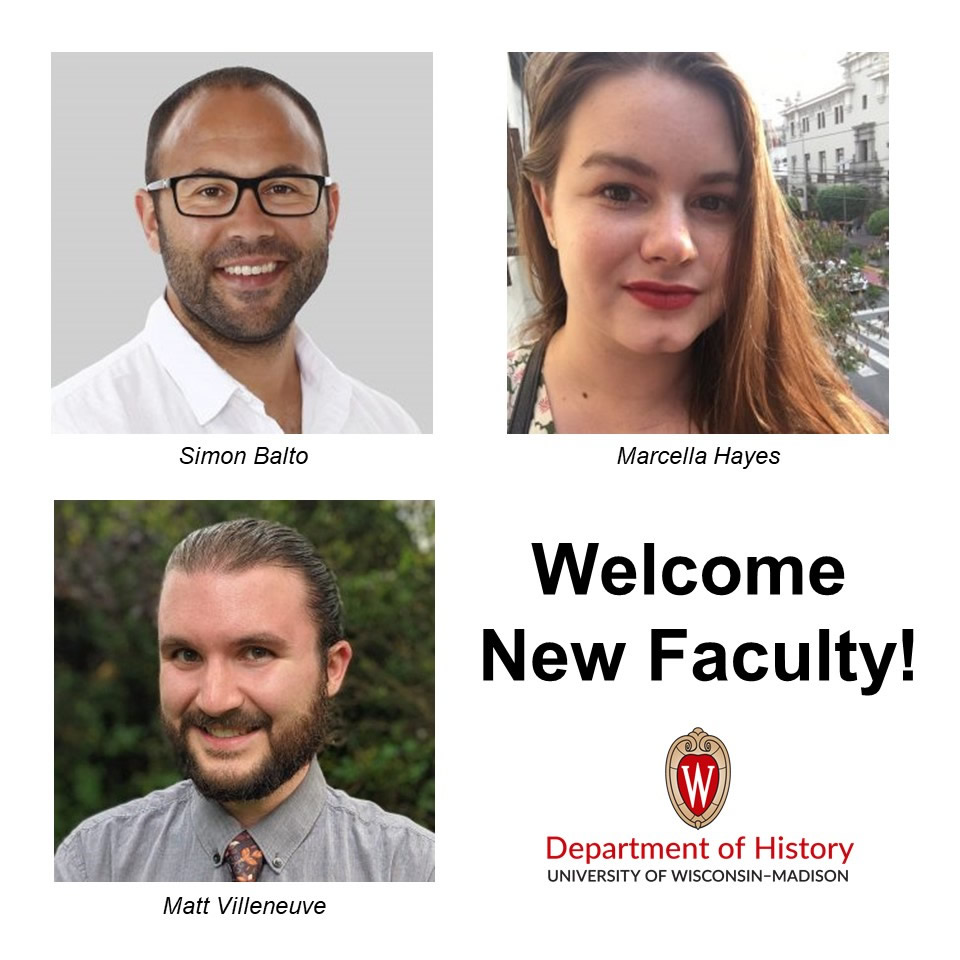 Simon Balto joins us as a historian of the twentieth-century United States, with a particular focus and expertise in African American history. Professor Balto’s first book, Occupied Territory: Policing Black Chicago from Red Summer to Black Power (University of North Carolina Press, 2019) explores the evolution of racially repressive policing in black Chicago neighborhoods as well as how black citizen-activists challenged that repression.

“While I’m interested in the history of social movements, urban history, and a range of other subjects, I am especially interested in the history of the criminal punishment system in the United States: how it’s been constructed; what and who gets criminalized and punished within it; what acts of harm are deemed non-criminal when committed by certain people; and how the institutions that constitute the system come to bear unevenly across society.”

Balto will be on leave for the 2021-2022 academic year, on fellowship through the National Endowment for the Humanities.

Marcella Hayes joins us as a historian of Latin America and early modern Iberia, with an emphasis on the Andes. “In my research and teaching, I focus on inclusion and exclusion, political claims-making, and the development of categories of identity.” Professor Hayes’ forthcoming book, tentatively titled The Black Spaniards: The Color of Political Authority in Seventeenth-Century Lima, will explore how black men and women in Lima defined and defended their community by pursuing legal complaints, participating in civil defense, petitioning the king, voting for leaders, and organizing festivals to create a definition of Spanishness that was inclusive of their blackness.

Matt Villeneuve is a scholar of United States history and American Indian Studies, with a particular focus on Native education. Professor Villeneuve is of Turtle Mountain Band of Chippewa descent, and his research interests include the careers of Native instructors in the federal boarding school system; the history of the Morris Indian Industrial School in Morris, Minnesota; and the development of the progressive education movement in the United States through Indian schools.

“I am committed to promoting graduate education which treats the history Ph.D. as the driver of diverse careers. My professional and personal interests often converge in various fandoms which include Natives in science fiction and fantasy writing, film, and gaming.”