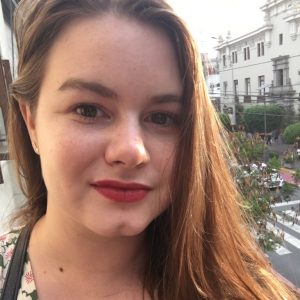 I am a historian of Latin America and early modern Iberia, with an emphasis on the Andes. I study how black people shaped early modern Iberian political life, using their ideas of community and methods of self-governance to rethink early modern concepts of belonging. In my research and teaching, I focus on inclusion and exclusion, political claims-making, and the development of categories of identity.

My current book manuscript is tentatively titled The Black Spaniards: The Color of Political Authority in Seventeenth-Century Lima. Black people were the majority of Lima’s population throughout the period, and they created officially recognized corporate bodies such as confraternities, militias, and guilds that included both free and enslaved people. I show that these women and men defined and defended their community by pursuing legal complaints, participating in civil defense, petitioning the king, voting for leaders, and organizing festivals. In these interactions with colonial authority, they created a definition of Spanishness that was inclusive of (and in many ways defined by) their blackness. I argue that they carved out space in which enslaved people could have not only legal, but also a degree of civic personhood.

I am developing a second project on the black town criers and heralds of cities across the early modern Iberian empire. Criers were central to early modern society, providing a mostly illiterate population with access to news. In many cities, many (if not most) criers had some degree of African ancestry. I will show how the role of the crier opened a space for black participation in the shaping and spread of important information.