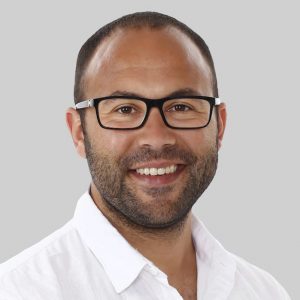 I am a historian of the twentieth-century United States, with a particular focus and expertise in African American history. While I am interested in the history of social movements, urban history, and a range of other subjects, I am especially interested in the history of the criminal punishment system in the United States: how it’s been constructed; what and who gets criminalized and punished within it; what acts of harm are deemed non-criminal when committed by certain people; and how the institutions that constitute the system come to bear unevenly across society.

My first book, Occupied Territory: Policing Black Chicago from Red Summer to Black Power, was published by the University of North Carolina Press in 2019. The winner of the Benjamin Hooks Institute’s National Book Award for the best book in civil rights history, as well as the Union League Club of Chicago’s award for the best book on Chicago history, Occupied Territory explores the twentieth-century transformation of the Chicago Police Department into an institution whose most important features were its massive racial disparities in general and its profound anti-Blackness in particular. Largely focused on the late 1910s to the early 1970s, the book challenges conventional wisdom about the policing crisis in the United States, looking back well before the federal drug and crime wars of the late twentieth century that many Americans assume to be the crisis’s starting point. Instead, I explore how local politicians and police officials built a huge, and hugely racially repressive, local police apparatus mostly on their own in the decades before those wars.

I am currently at work on several new projects. The first (under contract with Liveright/Norton) is a history of white mob violence from Reconstruction to the civil rights era, the relentless decriminalization of such terrorism when it took place, and the ways that such violence shaped the nation socially, culturally, politically, and economically. The second (under contract with Haymarket Books), titled “I am a Revolutionary”: The Political Life and Legacy of Fred Hampton, is a biography of the life and political afterlife of Fred Hampton, the organizer and leader of the Illinois Black Panther Party who was murdered by the FBI and the Chicago Police Department in 1969 at the age of twenty-one. The third, titled “Racial Framing: Blackface Criminals in Jim Crow America,” explores the history of white people donning blackface when committing crimes, black condemnations of and campaigns against the practice (including by Frederick Douglass and Ida B. Wells), and what that history shows us about racial condemnation and racist conceptions of criminality in the United States. I am also currently co-editing a volume with Erik Gellman and Marcia Walker-McWilliams that’s tentatively titled Revisiting the Black Metropolis: New Histories of Black Chicago, which is under contract with the University of Illinois Press.

I’m a steady believer in the idea that those historians who are so inclined to be public-facing have a lot to offer in such a capacity. As a result, I do a lot of work that involves engaging the public through written commentary and TV/radio appearances. Thus, in addition to my scholarly writing for journals like The Journal of African American History, The Journal of Urban History, and Labor, among others, I’m a regular contributor for The Guardian and have written for TIME, The Washington Post, The Baffler, and The Progressive, among others. I’ve also done TV, radio, or podcast interviews with the BBC World News, CNBC, Al-Jazeera, and Intercepted, among others, as well as dozens of interviews with print journalists around the world.

I’ll be on leave for the 2021-2022 academic year, on fellowship through the National Endowment for the Humanities.