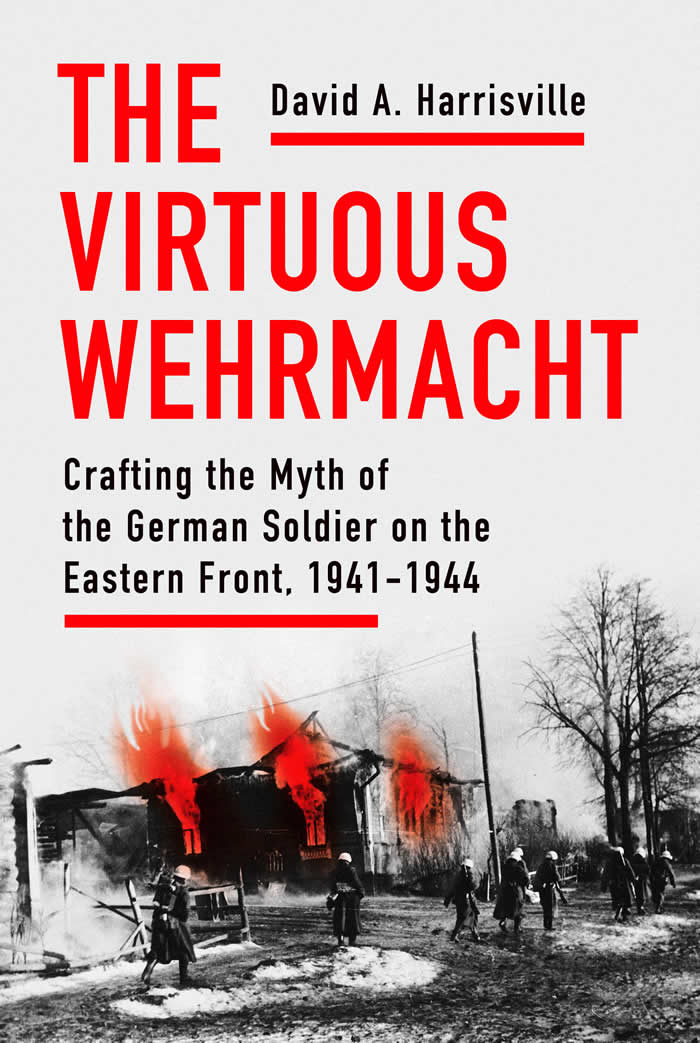 Congratulations to alumnus David Harrisville (PhD 2017) on the publication of his first book, The Virtuous Wehrmacht: Crafting the Myth of the German Soldier on the Eastern Front, 1941-1944 (Cornell University Press, 2021). Set to release in November 2021, The Virtuous Wehrmacht explores the myth of the German armed forces’ innocence during World War II by reconstructing the moral world of German soldiers on the Eastern Front.

“In 1941 three million Wehrmacht troops overran the border between German- and Soviet-occupied Poland, racing toward the USSR in the largest military operation in modern history. Over the next four years, they embarked on a campaign of wanton brutality, murdering countless civilians, systemically starving millions of Soviet prisoners of war, and actively participating in the genocide of Eastern European Jews. After the war, however, German servicemen insisted that they had fought honorably and that their institution had never involved itself in Nazi crimes.

Drawing on more than two thousand letters from German soldiers, contextualized by operational and home front documents, Harrisville shows that this myth was the culmination of long-running efforts by the army to preserve an illusion of respectability in the midst of a criminal operation. The primary authors of this fabrication were ordinary soldiers cultivating a decent self-image and developing moral arguments to explain their behavior by drawing on a constellation of values that long preceded Nazism.”

David A. Harrisville is an independent scholar. He has held various academic positions, including, most recently, Visiting Assistant Professor of History at Furman University.