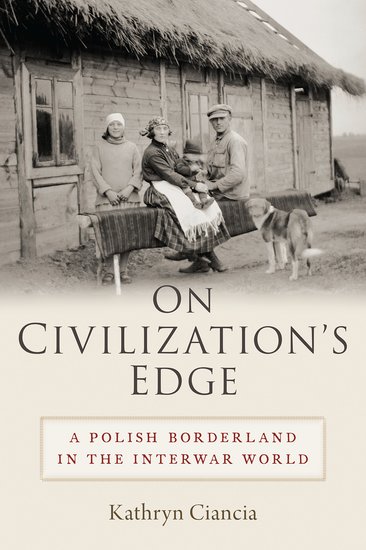 As a resurgent Poland emerged at the end of World War I, an eclectic group of Polish border guards, state officials, military settlers, teachers, academics, urban planners, and health workers descended upon Volhynia, an eastern borderland province that was home to Ukrainians, Poles, and Jews. Its aim was not simply to shore up state power in a place where Poles constituted an ethnic minority, but also to launch an ambitious civilizing mission that would transform a poor Russian imperial backwater into a region that was at once civilized, modern, and Polish. Over the next two decades, these men and women recast imperial hierarchies of global civilization-in which Poles themselves were often viewed as uncivilized-within the borders of their supposedly anti-imperial nation-state.

As state institutions remained fragile, long-debated questions of who should be included in the nation re-emerged with new urgency, turning Volhynia’s mainly Yiddish-speaking towns and Ukrainian-speaking villages into vital testing grounds for competing Polish national visions. By the eve of World War II, with Nazi Germany and the Soviet Union growing in strength, schemes to ensure the loyalty of Jews and Ukrainians by offering them a conditional place in the nation were replaced by increasingly aggressive calls for Jewish emigration and the assimilation of non-Polish Slavs.

Drawing on research in local and national archives across four countries and utilizing a vast range of written and visual sources that bring Volhynia to life, On Civilization’s Edge offers a highly intimate story of nation-building from the ground up. We eavesdrop on peasant rumors at the Polish-Soviet border, read ethnographic descriptions of isolated marshlands, and scrutinize staged photographs of everyday life. But the book’s central questions transcend the Polish case, inviting us to consider how fears of national weakness and competitions for local power affect the treatment of national minorities, how more inclusive definitions of the nation are themselves based on exclusions, and how the very distinction between empires and nation-states is not always clear-cut.