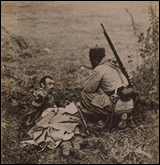 Dan Healey is Professor of Modern Russian History at St Antony’s College. His research and publications have concentrated on the social and cultural history of modern Russia and the Soviet Union. He has been most interested in the history of sexualities and gender in modernising Russia, and particularly the role of medicine and law in shaping the regulation of sexual and gender dissent and conformity. His works include Homosexual Desire in Revolutionary Russia: The Regulation of Sexual and Gender Dissent (University of Chicago Press, 2001), with a Russian translation issued in 2008, and Bolshevik Sexual Forensics: Diagnosing Disorder in the Clinic and Courtroom, 1917-1939 (Northern Illinois University Press, 2009).

This lecture is part of the “War and Intimacy”. Convened by Lou Roberts, History, UW-Madison.

Burdick-Vary Lecture Series is co-sponsored by the George L. Mosse Program in History, the Alice D. Mortenson / Petrovich Chair in Russian History, and the Center for Russia, East Europe, and Central Asia.