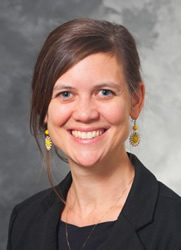 Pernille Ipsen will discuss her new book about the production of race in the Atlantic world. When European and West African slave traders married one another on the Gold Coast, they gave rise to generations of descendants — families who benefited from the Atlantic slave trade and lived with the violence it produced. As generations passed these families participated in linking slavery to blackness and producing race.