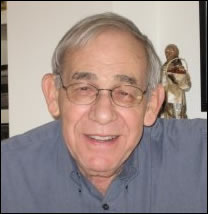 Stanley I. Kutler, Professor Emeritus of American History at the University of Wisconsin-Madison who specialized in U.S. legal and constitutional history, the Vietnam War and the Watergate era, died April 7th at Agrace Hospice Care in Fitchburg, Wisconsin. He was 80.

A proud native of Cleveland, Ohio, Kutler made his home in Madison for more than 50 years, joining the UW faculty in 1964. He retired from teaching in 1996.

Professor Kutler was the author of Abuse of Power: The New Nixon Tapes, a book that resulted from his successful lawsuit against the National Archives and former President Nixon, to force the release of the long-suppressed tapes. He has written widely in a number of fields of American history, particularly concentrating on American constitutional history and the 20th Century. His other major books include The Wars of Watergate: The Last Crisis of Richard Nixon; The American Inquisition, winner of the Silver Gavel Award from the American Bar Association; Privilege and Creative Destruction: The Charles River Bridge Case; and Judicial Power and Reconstruction Politics. In addition, he has authored or edited more than half a dozen books in various fields of American history, including The Encyclopedia of the Vietnam War; The Dictionary of American History; The Supreme Court and the Constitution and Looking for America. His scholarly articles have appeared in leading history and legal periodicals, and his various reference works have received numerous prizes.