Position title: Associate Professor in the Department of Medical History and Bioethics 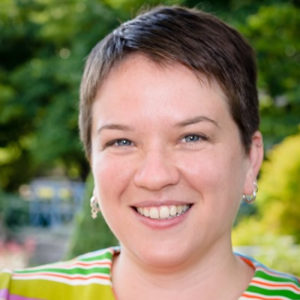 I am an Associate Professor in the Department of Medical History and Bioethics at the University of Wisconsin–Madison. My other affiliations are with the Holtz Center for Science and Technology Studies and the History department. Previously I was a postdoctoral research fellow in Social Studies of Medicine at McGill University.

My research examines scientists’ assumptions about the natural world and how these assumptions shape scientific practice. In my book, Model Behavior, I explore how animal behavior geneticists’ beliefs about the complexity of gene action and of psychiatric disorders are reflected in their research with mouse models. For this work I won a First Book Award from the UW–Madison Center for the Humanities.

My next project will focus on the “reproducibility crisis,” a recent phenomenon where scientists have discovered that many established findings are difficult or impossible to replicate on subsequent investigation. I am interested in what assumptions scientists make about variation, and how these assumptions about the nature and magnitude of variation inform reproducibility efforts—researchers may be unsurprised to find, for example, that results vary between sexes, but much more concerned by variation between laboratories. I’ll be working on this new project as a fellow in residence at the Radcliffe Institute during the 2018-2019 academic year.

I also do research on new technologies in oncology research and clinical practice. As an embedded ethnographer in a trial investigating resistance to chemotherapy, I observed researchers as they introduced genomic technologies into existing clinical research routines. Work from this project, conducted in collaboration with Alberto Cambrosio and Peter Keating, has been published in Social Science & Medicine and New Genetics and Society. Currently I am conducting research with Pilar Ossorio on machine learning algorithms in oncology, where algorithms are now routinely used to estimate a patient’s risk of reoccurrence of their cancer.

At UW–Madison, I direct the Health and the Humanities undergraduate certificate program, and teach courses in science and technology studies, biology and society, and history of science. I have won numerous awards for my undergraduate teaching.