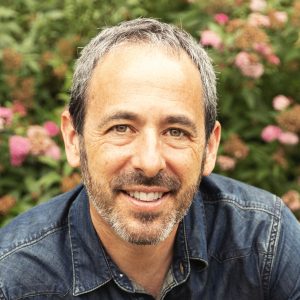 I am a historian of race, indigeneity, politics, and citizenship in the nineteenth-century United States. I am particularly interested in work that spans the antebellum, Civil War, and postbellum eras, and in the connections between the histories of slavery, emancipation, and Reconstruction and the dynamics of Native American life and U.S. conquest.

My recent work explores the transformations of American citizenship in the Civil War era through a history of the Ho-Chunk people. Citizens of a Stolen Land: A Ho-Chunk History of the 19th-Century United States will be published by the University of North Carolina Press in early 2023. I’ve published several articles on related topics, most recently “White Supremacy, Settler Colonialism, and the Two Citizenships of the Fourteenth Amendment” in The Journal of the Civil War Era and “Jurisdiction, Civilization, and the Ends of Native American Citizenship: The View from 1866” in the Western Historical Quarterly.

My work in Native American history builds on the questions of nineteenth-century politics and citizenship that I explored in my earlier scholarship on the South and New England. My first book, Ben Tillman and the Reconstruction of White Supremacy (Chapel Hill, 2000), explored the evolving politics of white supremacy in the post-Civil War South through the career of “Pitchfork Ben” Tillman, a slaveholder’s son who devoted himself to restoring his class’s social, political, and economic dominance. Ben Tillman won the Ellis Hawley prize from the Organization of American Historians and was a New York Times Notable Book. I remain interested in the long history of white supremacist ideology and politics, and I was a lead co-author of a 2018 report on the history of the Ku Klux Klan at UW-Madison (pdf).

My second book, More than Freedom: Fighting for Black Citizenship in a White Republic, 1829-1889 (Penguin, 2012), showed how Boston’s nineteenth-century black activists built a political community, helped to bring about the Civil War, and bound the policy of slave emancipation to the ideal of political equality. More Than Freedom was a finalist for the Frederick Douglass Prize and the Lincoln Prize. An edited collection, All Men Free and Brethren: Essays on the History of African American Freemasonry (Cornell, 2013) also emerged from this research.

My public-facing work includes projects within the university. In addition to my work on the history of the Ku Klux Klan on our campus in the 1920s, I have been working closely with the Public History Project, which explores histories of exclusion and resistance at UW-Madison throughout its history. A major public exhibition of this research, “Sifting and Reckoning: UW-Madison’s History of Exclusion and Resistance,” will go up in fall 2022. I am involved in the campus’s reckoning with its Native past and present, Our Shared Future. I am also thinking about these questions in national terms as co-convenor (with Alyssa Mt. Pleasant and Malinda Maynor Lowery) of “Campuses and Colonialism,” a group of scholars working on the history of North American universities, Indigenous peoples, and settler colonialism.

My teaching focuses on the nineteenth-century U.S., the Civil War era, slavery and emancipation, and Native American history. Earlier in my career I helped design and lead several field courses focusing on the American South, including a 2001 “Freedom Ride” summer course and a 2004 follow-up visit to Selma, Alabama. I have received several teaching awards, including a Chancellor’s Award for Distinguished Teaching.

I frequently engage audiences outside the university. Among other projects, I helped devise and continue to participate in the Justified Anger Initiative’s community course “Black History for a New Day.”

I received my Ph.D. from Princeton in 1995, where I worked with Nell Irvin Painter, Daniel Rodgers, and James McPherson. I have been a Fellow at the Radcliffe Institute for Advanced Study (2002-03), a Fulbright Distinguished Professor at the University of Southern Demark (2016-17), and an Organization of American Historians Distinguished Lecturer (2008-present). At UW-Madison I have been named a Hamel Family Faculty Fellow, a Kellett Mid-Career Faculty Researcher, a Senior Fellow the UW Institute for Research in the Humanities, a Vilas Distinguished Achievement Professor, and Plaenert-Bascom Professor (2020-2025).