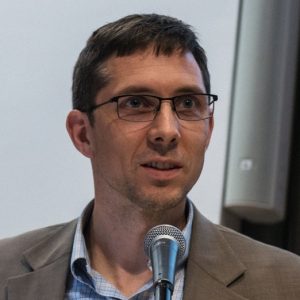 I am a historian of 20th century Latin America and U.S. foreign relations. My first book, Neither Peace nor Freedom: The Cultural Cold War in Latin America, examines how artists, writers, and intellectuals participated in and generated Cold War conflict. I describe how they worked with organizations sponsored by Cold War powers: the Soviet-backed World Peace Council, the CIA-sponsored Congress for Cultural Freedom, and Cuba’s Casa de las Américas. Neither Peace nor Freedom delves into the entwined histories of these groups and the aspirations and dilemmas of intellectuals who participated in them, from Diego Rivera and Pablo Neruda to Gabriel Garcia Marquez and Jorge Luis Borges, showing how difficult it was for them to achieve their visions of art in the service of justice in the context of the Cold War.

In addition to my scholarly work, I endeavor to write for a public audience. I am on the editorial board at Dissent and frequently contribute there; I have also written for The New Republic, The Chronicle of Higher Education, The Awl, Jacobin, Slate, The Baffler, The Nation, Letras Libres, Nexos, and Horizontal.

In general, my interests include the politics of culture and intellectuals, socialism and democracy, poverty and inequality, cultural diplomacy and imperialism, and the added value of transnational approaches to history. I am developing a new book project on how social scientists understood and responded to poverty and inequality in 20th century Latin America.