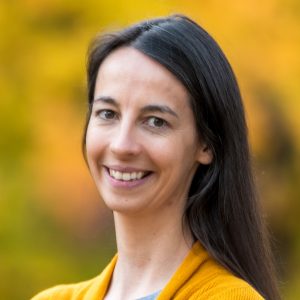 I am a historian of modern eastern Europe, with a research focus on Poland in the first half of the twentieth century.

In my first book, On Civilization’s Edge: A Polish Borderland in the Interwar World (Oxford University Press, 2020), I explore how, after the end of the First World War, an eclectic group of Polish men and women—from border guards and urban planners to teachers and military settlers—attempted to modernize a poor, war-torn, and multiethnic eastern province. In their daily encounters with Jews, Ukrainians, Poles, and other populations in what had, until recently, been part of the Russian empire, they competed to define what it meant to be “civilized” within shifting local, national, and global contexts. Despite their ostensible appeals to national tolerance and inclusivity (which always featured exclusions of their own), I show how Polish “civilizers” developed increasingly radical demographic experiments prior to the Second World War.

I have now begun work on a new transnational history that traces the relationships between the Polish interwar state and its citizens abroad, with a particular focus on the institutional role of consulates across the globe.

My teaching interests include modern Europe and eastern Europe, Poland, mass violence, nationalism and transnationalism, citizenship and migration, and the Second World War. I like to experiment with innovative class assignments, including those that ask students to create and develop fictional historical characters. My most recently developed undergraduate class asks students to carry out genealogical and historical research into the life of an ancestor who migrated.