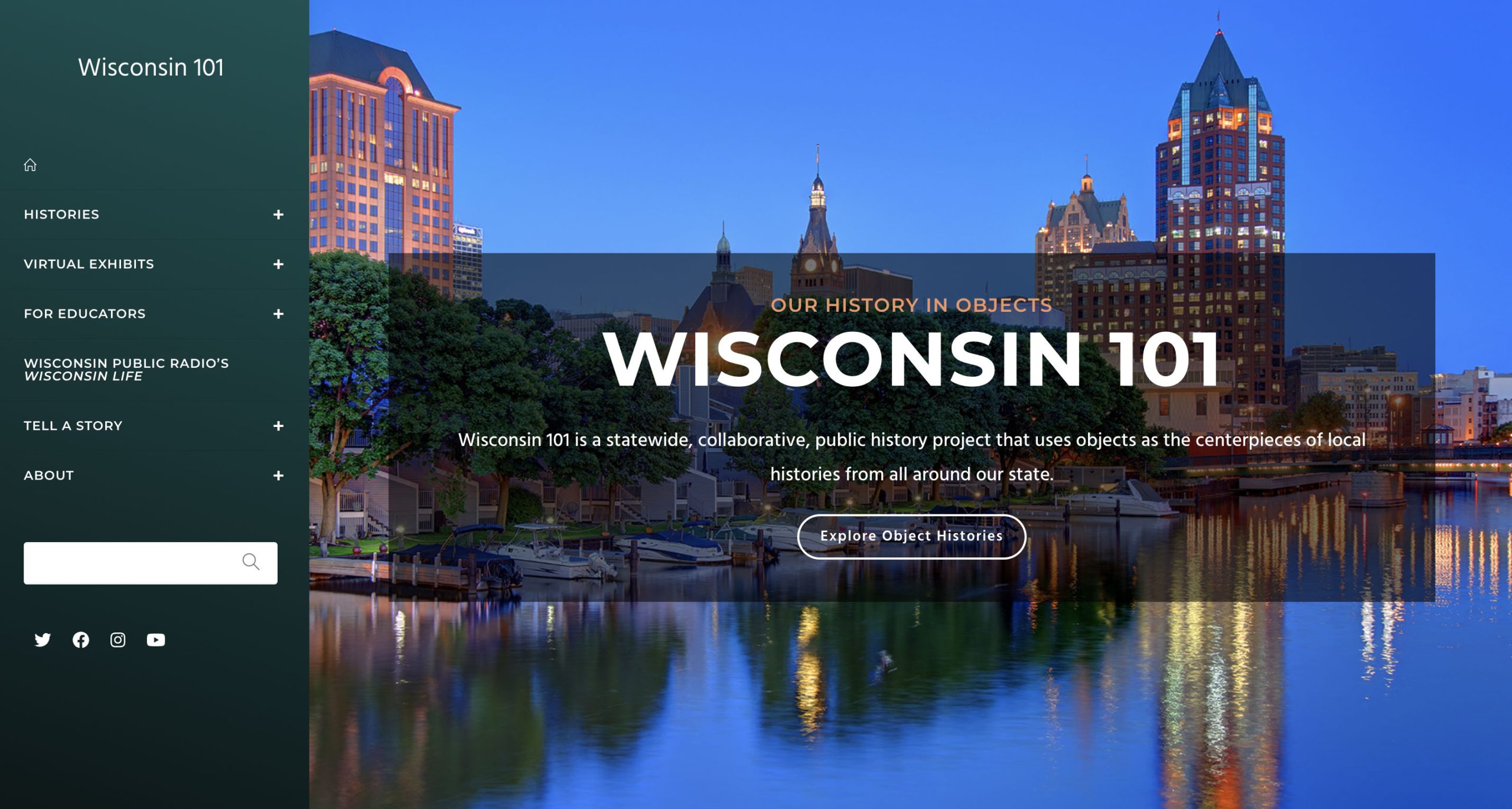 The premiere of Wisconsin 101’s new website comes with a huge sigh of relief. In a small way, creating a new website resembles building a new house. You begin with a few notions of what you would like your new “home” to look like, and you bring those half-formed aspirations to a designer, be it an architect or web developer. Over a lengthy collaboration, the designer helps shape that first vision into something real. Along the way, you are confronted by a seemingly endless and occasionally annoying parade of decisions both large and small. And while websites don’t require that choices be made regarding bathroom fixtures and wall coverings, they do demand scrutiny of fonts, search functions, and page layouts. For too long it feels like the process will never, ever end, and then, suddenly, it does! The last decision is made, the final compromise swallowed, and the new “home” actually becomes what it promised to be.

Relief indeed! But this particular website has a noteworthy backstory. At the end of February in 2018, a member of our advisory board notified us that Wisconsin 101’s existing website had been hacked. All the previous links had been rewritten to direct viewers to a Japanese website, where viewers could purchase bogus products, thereby registering their IP addresses and credit cards for the use of the website’s creators. Just as bad, the hackers had begun deleting content from our website.

Over the next several months, our then-Managing Editor, Kate Wersan, diligently shut down the former website and rebuilt it using basic Word Press templates then in use by UW-Madison’s Division of Information Technology (DoIT). In some cases, Kate had to search through the web’s vast Internet Archive to recover snapshots of pages that no longer existed, thanks to the damage done by the hackers. In the end, nearly all of the content from the former website was saved. But a great deal had been lost, nonetheless. The new website – the one we just retired – had only primitive search functions and had none of the linkages between stories over which we had taken considerable pride. It worked, which is probably the best that could be said for it.

Obviously, a new purpose-built website immediately became one of our top priorities. But good websites are not things that you can buy off the shelf, and even if you could, they are not cheap. For a while, it seemed that we would never see our hopes realized, but last winter we learned from History Department at UW-Madison that it had the resources to fund a new website. Our sincere gratitude goes out to the department’s Chair, Anne Hansen, and the Faculty Council for this significant show of support.

Two other words of thanks are in order here. The first one goes to our wonderful web developer Justin Janisch. A true professional, from start to finish he has been a pleasure to work with. The outstanding quality of his work you can judge for yourself. The second goes to our current Managing Editor, Ethell Gershengorin. Along with overseeing progress on the project on a day-to-day basis, Ethell’s chief task has been to migrate the content from the previous site to this one. And in case anyone thinks that such a task merely involves running some little piece of software and presto! – everything is magically created on the new website — it didn’t. Not by a long shot.

As with all construction projects, the completed website immediately calls forth feelings of regret regarding what we were unable — or forgot! – to include. But that just gives us reason to look forward to version 2.1. So, stay tuned!  Thomas Broman