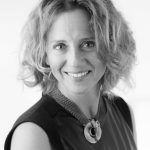 Professor Jennifer Ratner-Rosenhagen has a new piece published with The Hedgehog Review titled, “Nietzsche’s Quarrel with History: Are there any lessons left for history to teach us?” The piece was published as part of their summer 2022 issue on the theme of “The Use and Abuse of History.” As a specialist in U.S. intellectual and cultural history, Ratner-Rosenhagen writes about the teachings of German philosopher and cultural critic Friedrich Nietzsche through an in-depth analysis of his 1874 essay, “Vom Nutzen und Nachtheil der Historie für das Leben” (“On the Uses and Disadvantages of History for Life”). Ratner-Rosenhagen states:

“The point of Nietzsche’s essay on history is not to downplay the importance of a historical consciousness, but—quite the opposite—to stress the centrality of healthy historical awareness to a culture’s integrity and vitality. For that reason, he thought that the task of creating and sustaining such a consciousness was supremely challenging…More dauntingly, though, Nietzsche emphasized the demands of reckoning with history not as being but as continual becoming.”

Jennifer Ratner-Rosenhagen is the Merle Curti and Vilas-Borghesi Distinguished Achievement Professor of History at the University of Wisconsin-Madison. She is the author of The Ideas That Made America: A Brief History (Oxford University Press, 2019), and American Nietzsche: A History of an Icon and His Ideas (University of Chicago Press, 2012).