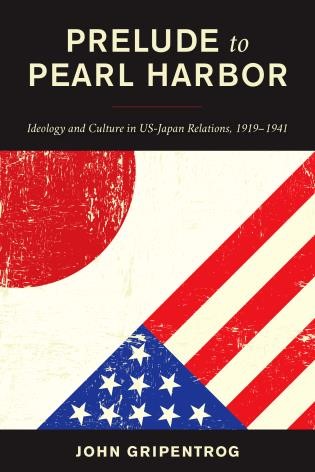 Congratulations to alumnus John Gripentrog (Ph.D. 2006) on the publication of his new book, Prelude to Pearl Harbor: Ideology and Culture in US-Japan Relations, 1919-1941 (Rowman & Littlefield, 2021).

“Reconsidering the origins of World War II in Asia and the Pacific, this book focuses on the diplomatic and cultural interactions between the United States and Japan in the interwar period. Challenging as well as amplifying accepted interpretations, historian John Gripentrog argues that competing ideologies of world order—particularly the rift between liberal internationalism and Pan-Asianism—was at the heart of the conflict between the two powers. He also explores the US reception of the Japanese government’s efforts to legitimize its regionalist aspirations through soft power, and how these efforts ended up backfiring.”

Gripentrog is a professor of history at Mars Hill University in North Carolina. His specialization is in U.S. foreign relations in East Asia. Dr. Gripentrog’s travel to more than forty countries has greatly informed his interest in the impact of culture in global relations. He is the recipient of the Robert S. Gibbs Outstanding Teaching Award at Mars Hill University as well as the Letters & Science Teaching Award at the University of Wisconsin-Madison.