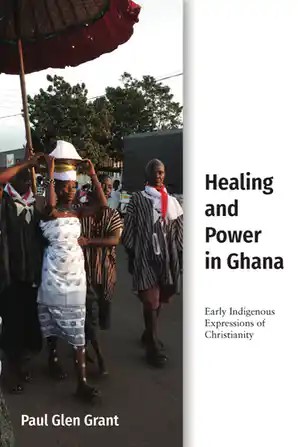 “Focusing on the southeastern Gold Coast in the middle of the nineteenth century, Healing and Power in Ghana identifies patterns of indigenous reception, rejection, and reformulation of what had initially arrived, centuries earlier, as a European trade religion. Paul Grant draws on a mixture of European and indigenous sources in several languages, building on recent scholarship in world Christianity to address the question of conversion through the lens of the indigenous moral imagination. This approach considers, among other things, the conditions in which Akuapem locals and newly arrived displaced persons might find Christianity useful or applicable to their needs.”

Paul Grant is currently a lecturer in the Department of History at UW-Madison.

To read more about the book, visit the Baylor University Press.