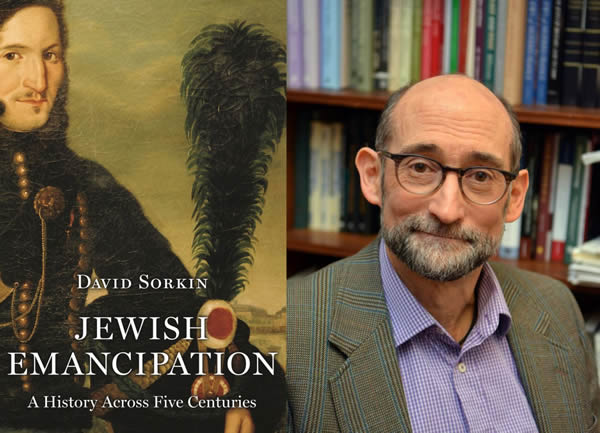 David Sorkin, a historian of Jewish and European history, has published a new book titled Jewish Emancipation: A History Across Five Centuries (Princeton University Press, 2019). Sorkin is a Professor Emeritus of our department and currently the Lucy G. Moses Professor of Modern Jewish History at Yale University. He specializes in the intersection of Jewish and European history since the 16th century. Sorkin received his bachelor’s degree from UW-Madison in 1975, and after receiving his doctorate in history at UC-Berkeley, returned to teach for our department from 1992 to 2011. In his new book, Sorkin argues that the attainment of civil and political rights or equality is the principal event of modern Jewish history. The publisher’s website captions the book as “the first comprehensive history of how Jews became citizens of the modern world.”

To read more about the book, see Princeton University Press.