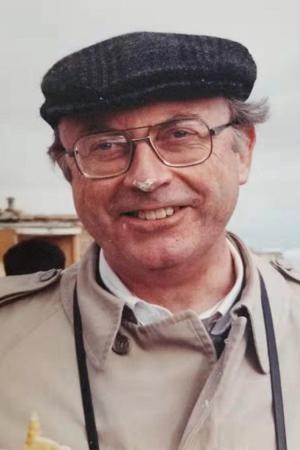 Professor Emeritus Frank “Mike” Clover passed away on Saturday, July 13th, 2019 at the age of 79. Clover received his B.A. from UW-Madison in 1962, and his Ph.D. from the University of Chicago in 1966. He then taught in our department for 34 years, joining the faculty in 1966 and retiring in 2000. Clover was a pillar of Ancient, Classical, and Roman history during his years as an instructor, and remained actively committed to his scholarship in his retirement. Those of us who work in the Humanities Building recall seeing Clover frequently, year-round, treading the halls with his large backpack, heading to the library or to his workspace in the Emeritus Suite. At the time of his death, Clover was preparing a presentation for the Madison Public Library on “The USA Today: the Roman Analogy.”

Ken Sacks, Clover’s former colleague in Ancient History at Madison, notes that “As an historian, Mike had uncanny linguistic skills, a sharp eye for detail, and a deep love of learning…he was so devoted to teaching his students and to following his curiosity wherever it led him. Everyone knew Mike had a vast repository of knowledge and so kind a heart that made him always willing to share that knowledge.” A former graduate student of Clover’s, historian Ralph Mathisen, wrote of his advisor, “Mike’s sweet demeanor left a broad circle of those whose lives he touched, and he was one of the most tolerant, obliging, and understanding individuals one could ever get to know.” To read the full remembrances, see below.