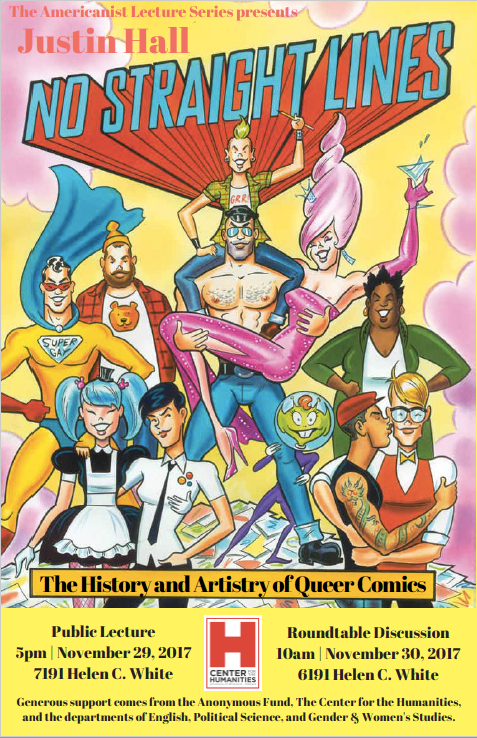 The Americanist Lecture Series in the Department of English is excited to host the upcoming talk,

“No Straight Lines: The History and Artistry of Queer Comics”

In this talk, cartoonist and scholar Justin Hall breaks down the largely hidden history of LGBTQ comics, from early erotic work, to underground feminist comix, to LGBTQ newspaper strips, to punk zines, to the new wave of queer webcomics. Queer comics represent the evolution of a truly underground artistic scene, from their initial illegal publications through their life within the self-contained queer media world to their eventual breakthrough into more mainstream acceptance. Comics have always been a scrappy, DIY sort of art form, and queer creators have taken full advantage of that for over four decades to tell their own stories about the hopes, fears, fantasies, and mundanities of their lives.