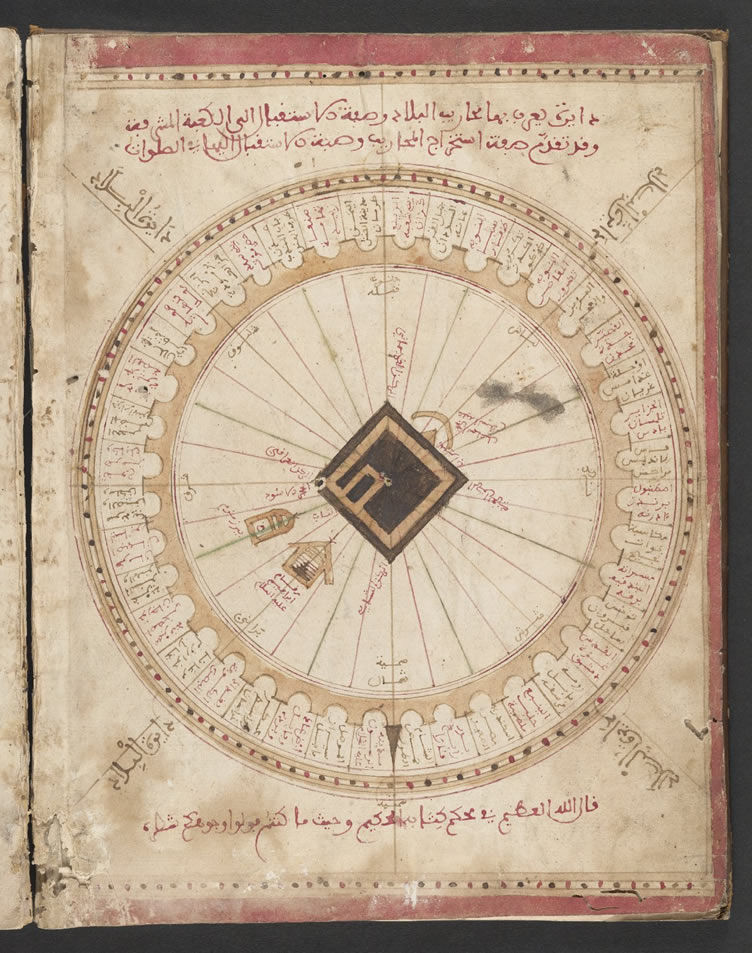 The presentation will center on two nautical atlases produced by ‘Ali al-Sharafi (one in 1551, the other in 1571), a native of the Mediterranean port city of Sfax, in present-day Tunisia. Jeremy will argue that while these two Arabic works bear the markings of nautical cartography and incorporate knowledge from European charts, ‘Ali nevertheless intended them to be used as guides for the observation of Islamic obligations of fasting and prayer. In producing these atlases, ‘Ali not only relied on European-made maps, but also on Arabic works of geography, astronomy, and Islamic scripture.

The above image is from ‘Ali al-Sharafi’s 1571 atlas. It is a map of the Ka’ba in Mecca surrounded by the lands of Islam and though inaccurate, it was intended to instruct Muslim users on the proper direction (toward the Ka’ba) to face during prayer.