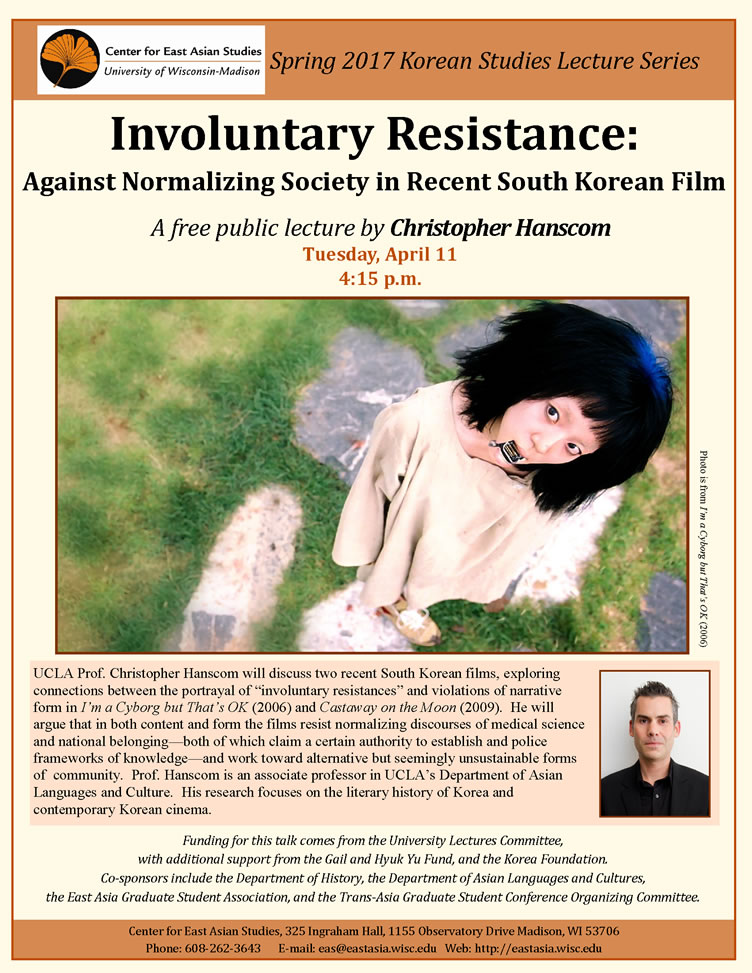 Prof. Christopher Hanscom will discuss two recent South Korean films, exploring connections between the portrayal of “involuntary resistances” and violations of narrative form in I’m a Cyborg but That’s OK (2006) and Castaway on the Moon (2009). He will argue that in both content and form the films resist normalizing discourses of medical science and national belonging — both of which claim a certain authority to establish and police frameworks of knowledge — and work toward alternative but seemingly unsustainable forms of community.

Prof. Hanscom is an associate professor in UCLA’s Department of Asian Languages and Culture. His research focuses on the literary history of Korea and contemporary Korean cinema.

Funding for this talk comes from the University Lectures Committee, with additional support from the Gail and Hyuk Yu Fund, and the Korea Foundation. Co-sponsors include the Department of History, the Department of Asian Languages and Cultures, the East Asia Graduate Student Association, and the Trans-Asia Graduate Student Conference Organizing Committee.