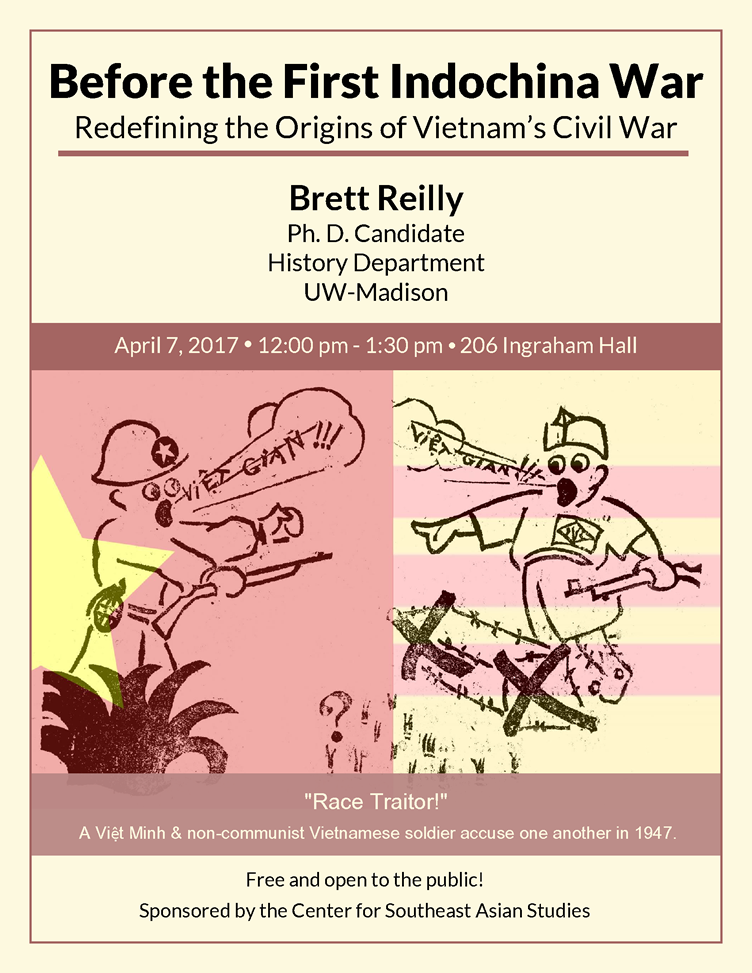 Debates among historians of the Indochina Wars have centered on the degree to which they were characterized by colonialism or communism. Histories of the First Indochina War – predominantly authored by diplomatic historians – offer a distinct periodization of the conflict. First, an anti-colonial phase (1945-1948) characterized as a clear-cut battle between returning French colonialists and Vietnamese nationalists; second, a Cold War phase (1949-1954) when French diplomats internationalized the war and the Vietnamese, without other recourse, aligned with the Soviet bloc. Finally, with the division of Vietnam after 1954, American support for an illegitimate South Vietnamese state cemented the Cold War in Indochina.

This periodization is largely based on an exogenous interpretation of the First Indochina War’s causes and a focus on external actors. Conversely, this paper argues for an understanding of the Indochina Wars as an endogenous process that originated within Vietnamese society, and not simply a tragedy authored by French colonialists or American internationalists. Achieving this understanding requires looking beyond 1945, back toward 1935 and even 1925. From Marseille to Saigon and Kunming to Canton, this paper follows the heated debates and battles between Vietnamese as they struggled over the character and pace of reform and revolution in Indochina. By expanding the periodization of the conflict between Vietnam’s communist and nationalist organizations, and the civil war that would only end in 1975, we can see it originated in this earlier era.