Professor emeritus Jan Vansina, one of the world’s foremost historians of Africa, died peacefully in Madison on Wednesday, February 8, 2017. He was surrounded by his wife, Claudine, and his son, Bruno. Diagnosed with lung cancer in the Fall of 2015, Vansina underwent chemotherapy for a few weeks and enjoyed a remission in the summer and early fall of 2016, during which he continued his tireless quest for understanding the past of Central Africa.

A pioneering figure in the study of Africa, Vansina is considered one of the founders of the field of African history in the 1950s and 1960s. His insistence that it was possible to study African history in the era prior to European contact, and his development of rigorous historical methods for doing so, played a major role in countering the then prevalent idea that cultures without texts had no history. He remained a trailblazer in the field for more than five decades.

Vansina spent most of his career at UW-Madison, where he took up a position in African History in 1960 at the invitation of Philip Curtin. Together, Vansina and Curtin created the first program in African history in the United States, and trained the first and second generation of specialists in the history of Africa and the African diaspora. Vansina quickly became a towering figure in the field, a scholar of exceptional intelligence, erudition and intellectual drive. He combined an encyclopedic knowledge of linguistics, anthropology and history with a steadfast commitment to rigorous historical research, and a unique talent to recover intricate historical changes in places where little traces of the past could be retrieved. In scale, depth, complexity, clarity and significance, his work in African history was unique and will certainly remain so for many years to come.

Vansina’s career was marked by daring and original choices. Born in 1929 in Antwerp, Belgium, he trained as a medievalist before accepting a position in 1952 as an anthropologist in the Democratic Republic of the Congo, then a Belgian colony. After conducting several months of field research in Nsheng among the Kuba, and working at the Institute for Scientific Research in Central Africa (IRSAC) in Butare, Rwanda, where he met his wife-to-be, Claudine, Vansina went back to Leuven to earn a licence (BA) in historical linguistics and to defend a Ph.D. on “The Historical Value of Oral Tradition: Application to Kuba History” (1957). He also spent a few months at the School of Oriental and African Studies (SOAS) in London, getting to know the work of Nigerian historians Kenneth Dike and Jacob Ajayi, who had organized archives in Nigeria. Along with them and British scholars Roland Oliver and John Fage, he participated in three major conferences on African history at SOAS. This was the beginning of Vansina’s many collaborations in international academic and research networks that resulted in helping to publish the UNESCO History of Africa (1981-1999), the first collective effort to establish a global, academic history of the continent. In 1959, Vansina went back to Rwanda to serve as the director of IRSAC. During a break in Europe in 1960, he was invited by Philip Curtin to accept a position in the History Department at UW-Madison and decided to move to Wisconsin.

At UW-Madison, Vansina brought immense energy and commitment to the scholarship and legacy of African history. He held his position for thirty-five years (1960-1994), advising more than 50 Ph.D. dissertations and writing over 200 articles and 20 books. Beginning with the publication of La tradition orale in 1960, his work led to the acceptance in the academic world of oral traditions as valid sources of history. La tradition orale appeared in English in 1965 and eventually translations in Spanish, Italian, Arabic, and Hungarian followed. In 1985, Vansina published Oral Tradition as History, a complete reworking of La tradition orale that became his most widely known book. Vansina also promoted the use of interdisciplinary tools, especially historical linguistics, archaeology, and art history, to recover the African past. His reputation as the preeminent authority on methods for the study of early Africa extended beyond academia. Alex Haley, for example, consulted frequently with Vansina as he worked on Roots; though the two differed significantly on matters of method and content, Haley always acknowledged Vansina’s openness and generosity with his time and insights.

An energetic teacher and a generous mentor, he had wide influence on several generations of students. He remained close to his former students and colleagues following his retirement in 1994 at the age of 65. Living close to UW campus, Vansina remained a stimulating and generous presence for African historians, students and friends, and the many scholars who visited him and Claudine to converse and debate about African history, African politics, or the tribulations of academia in the United States. His intellectual prowess remained intact until his death and continued to fuel his remarkable productivity. Every year, he offered the inaugural sandwich seminar at the African Studies Program at UW. His last presentation reflected on history and memory from the viewpoint of the capacity of the human brain to preserve and rework past experience and information. This was to become Vansina’s new research project, cut too soon by illness. In his last few months, he tireless worked with Professor Rebecca Grollemund on a joint article on Bantu languages, currently under review for the Journal of African History.

The history of Central Africa, and the early history of Africa as a whole, could not be what it is today without Vansina’s immense contributions. He was the first historian to tackle the challenge of reconstructing the past of societies in the rainforest over several millennia, from the early diffusion of Bantu languages and communities to political and cultural innovations in the early modern period and the nineteenth century. In 1990, Paths in the Rainforest: Towards a History of Political Tradition in Equatorial Africa, crowned this encyclopedic research and thinking. Covering more than two thousand years of history, the book detailed the rich traditions that Equatorial Africans created to invent their society, culture and institutions, ending with the disruptions brought by the slave trade and European intrusions in the nineteenth century. Six major books followed. Living with Africa (1994) combined Vansina’s intellectual biography with a history of the discipline. In 2003, he wrote When Societies are Born as a complement to Paths in the Rainforest, turning to the early history of the southern part of West Central Africa.

Antecedents to Modern Rwanda: the Nyiginya Kingdom (2004) looked at the early formation of Hutu and Tutsi identities, and the development and expansion of the ancient Rwandan kingdom. The book was a feat of historical research, based on hundreds of oral traditions (ibitéekerezo). It also made a clear political statement by countering the Rwandan government’s claim that the eastern provinces of Congo had once belonged to Rwanda. In 2010, Being Colonized traced how the Kuba people in the Congo experienced colonial rule. Using dreams, life stories, and visual archives, the book offered a unique view of the fabric of African life under European domination. In 2014, Jan Vansina published Through the Day, Through the Night: A Flemish Belgian Boyhood and World War II, a lively memoir on his life as a young man under the German occupation in Belgium. 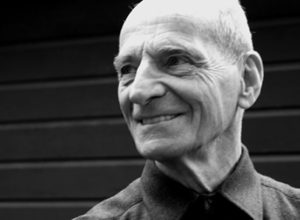 Vansina received numerous honors and distinctions over the course of his career. He twice won the African Studies Association’s Melville Herskovits Prize for the best book in African Studies, the first time for Kingdoms of the Savanna in 1967 and the second for When Societies are Born in 2004. Vansina was also an early recipient of the African Studies Association’s Distinguished Africanist Award and toward the end of his life he was awarded the American Historical Association’s Award for Scholarly Distinction (2014). He was elected to the American Academy of Arts and Sciences in 1982, from which he quietly resigned when the group failed to denounce the use of torture during the presidency of George W. Bush, and to the American Philosophical Society in 2000.

Vansina was committed throughout his professional life to promoting the writing of African history for African audiences. Some of his last thoughts concerned the younger generation of Central Africans, whom he hoped could read rich, updated and accessible histories of their region. He believed that a sense of pride in their past could help them to deal with the challenges of the present. Jan Vansina’s love for Africa and Africans, his inextinguishable passion for knowledge and truth, and for making them abundantly available to all, marked everyone who had the privilege to meet him.

The African Studies Program has created a tribute page where people can share their stories and fond memories of Jan Vansina.

As a tribute to Jan’s remarkable scholarship and mentoring, his former students invite you to contribute to the Jan Vansina Fund. The fund was established in 1994 upon Jan’s retirement. The sole purpose is to serve the broad needs of the University of Wisconsin African History Program, especially through graduate support, fellowships, and research grants. Thanks to the fund, the program has already supported a significant number of graduate students, many from Africa.

The UW African History program is committed to Jan’s career-long mission of promoting research by African and African-descended scholars. As such, new gifts to the fund will target continuing collaborations with African scholars and linkages between US African studies programs and Africanist scholarship elsewhere in the world. Among the aims of the fund: fellowship and research support for African graduate students at UW; support for visiting African scholars to utilize UW library collections and engage in research collaborations; bolstering partnerships with African universities and institutes, including publishing projects, small seminars, and conferences. Ultimately, our goal is to continue the rich legacy of engagement with Africa that Jan developed over his many years of distinguished scholarly service.

You can make your gift directly online at the UW Foundation’s website.

If you are interested in making an estate gift in Jan’s honor, please contact Katie Rather at the University of Wisconsin Foundation: 608-308-5342 or katie.rather@supportuw.org.