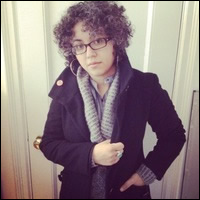 The 1979 Iranian revolutionary movement was once hopefully referred to as “the revolution against torture,” in no small part because of prevalence of painful punishment in pre-revolutionary Pahlavi Iran. In the years leading up to the success of the revolution, Marxists, Islamists, nationalists, liberals, and those professing eclectic mixes of the above were all united on the question of torture in their anti-shah efforts, so much so that the issue of Pahlavi punishment became not only a major national concern but also an international cause célèbre. How do we understand the place of torture and embodied pain in these disparate anti-Pahlavi discourses? What sorts of political subjectivities, collectivities, and imaginaries are produced through the set of practices we call torture? This talk, which looks at both emergent guerrilla discourses on punishment as well as the nascent international human rights campaign against Pahlavi prison abuses, examines projects of meaning-making regarding the body in pain in pre-revolutionary Iranian discourses.

Golnar Nikpour is currently an A.W. Mellon Postdoctoral Fellow at UW-Madison. She received her Ph.D. from Columbia University in 2015, with a dissertation entitled “Prison Days: Incarceration and Punishment in Modern Iran.” She has received research fellowships from the Social Science Research Council and the Giles Whiting Foundation at Columbia University, and has published in forums including International Journal of Middle East Studies, Comparative Studies of South Asia, Africa, and the Middle East, Tehran Bureau, Jadaliyya, and Humanity. She is also co-founder and co-editor of B|ta’arof, a journal for Iranian arts and histories, where she has written extensively on Iranian intellectual and cultural history. She is currently at work on a history of prisons and punishment in modern Iran that particularly examines the public life of the prison in political, cultural, and popular texts. Her research interests include political philosophy, comparative revolutions, transnational feminisms, postcolonialism, and critical prison studies in the context of modern Iran and the Middle East.

Attendance is by reservation only, and space is limited. To reserve a space, send an email including your UW-Madison affiliation to rsvp@humanities.wisc.edu. The reservation deadline is noon on Monday, October 10th.