The National Center for Science Education (NCSE) has conferred its 2015 Friend of Darwin Award on Emeritus Professor Ronald L. Numbers, an award “presented annually to a select few whose efforts to support NCSE and advance its goal of defending the teaching of evolution and climate science have been truly outstanding.” In granting this award, NCSE’s executive director Ann Reid noted that “it would be hard to think of anyone who has contributed as much as Ron Numbers has to the understanding of creationism as a historical and social phenomenon, through his own work and the work that it has inspired.” Congratulations Ron! 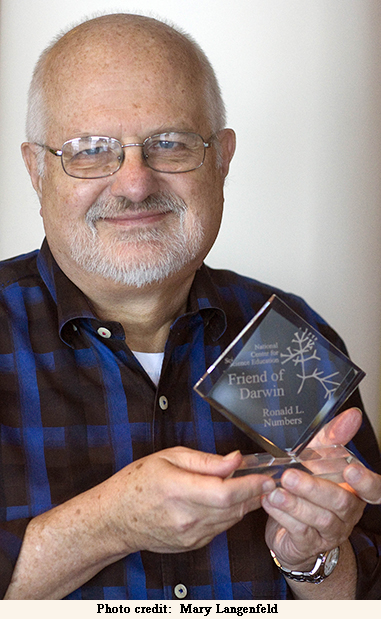