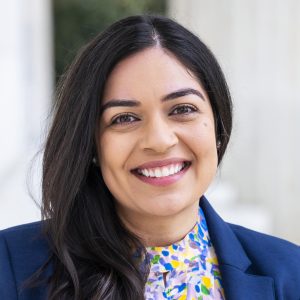 Farha Tahir (’09) is a program analyst in the U.S. Department of State’s Bureau of Democracy, Human Rights, and Labor, where she oversees democracy programming in the Office of Global Programs. Prior to working at the State Department, Farha served as a senior program officer at both the National Endowment for Democracy (NED) and the National Democratic Institute (NDI) with a regional focus on Africa. She began her career in Washington as a research associate at the Center for Strategic and International Studies (CSIS). Outside her full-time positions, Farha has also been an adjunct fellow with CSIS’s Human Rights Initiative and an Africa Analyst for Freedom House’s annual Freedom in the World report. She holds both undergraduate and graduate degrees from the University of Wisconsin. She is originally from Shorewood, Wisconsin.