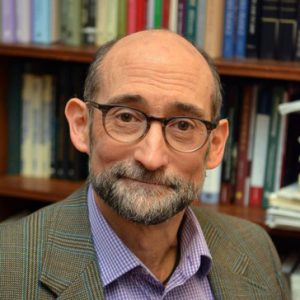 I was trained in European intellectual history and Jewish history and throughout my career I have aimed to integrate the two in a mutually enriching manner. My career has thus far had three phases: locating Jewish history in the context of the majority society; illuminating intellectual developments in Judaism through comparison with other religions; writing a comparative intellectual history that includes Judaism as well as Protestantism and Catholicism.

In The Transformation of German Jewry, 1780-1840 (Oxford University Press, 1987), I attempted to rethink the way that Jews entered German society and culture. Many earlier historians understood this crucial issue as a process of assimilation in which Jews endeavored to adopt German culture and gain entrance to German society. In contrast, by locating German Jews in relationship to the emerging German middle classes and their educational ideal (Bildung), I explored a reciprocal process in which German Jews not merely absorbed but also actively shaped their cultural outlook and social relations. In response to the pressures of political emancipation they produced a minority group subculture by altering elements of the larger culture as well as
their own traditions. This subculture had its institutional basis in a new public sphere (Öffentlichkeit) of journals, sermons and secondary associations.

In my second book I attempted to employ the method of comparison. Moses Mendelssohn and the Religious Enlightenment (University of California Press, 1996; French, 1996; German, 1999; Italian, 2000), reinterpreted Mendelssohn’s Jewish thought by using his neglected Hebrew writings. Mendelssohn has been subject to a process of “Germanisation” in which his thinking has been derived almost exclusively from his German works. Yet Mendelssohn wrote in Hebrew throughout his career. By setting those Hebrew works in relationship to medieval Jewish rationalism I showed that he was trying to renew the traditions of philosophy and Biblical exegesis in Hebrew. I compared his efforts to contemporary Protestant and Catholic thinkers in the German states who were also trying to recover lost strands of their traditions. I studied Mendelssohn’s political writings in relationship to eighteenth-century works of secular and ecclesiastical natural law theory.

I elaborated the method of comparison in a companion volume, The Berlin Haskalah and German Religious Thought (Vallentine Mitchell, 2000), delivered as the Sherman Lectures in the Department of Religions and Theology at Manchester University (1997). I offered an alternative to the conventional view of the Berlin Haskalah as a parochial Jewish phenomenon –the first act in an exclusively Jewish drama of emancipation and assimilation– by analyzing the shared trajectory of Protestant, Catholic and Jewish thought in the German states. In the first half of the eighteenth century the Haskalah, the Protestant “theological Enlightenment” and “Reform Catholicism” were movements of intellectual renewal. With the general politicization of the 1770-80s in the German states they became movements for political and social reform and, as a result, identifiable factions that faced concerted opposition from co-religionists.