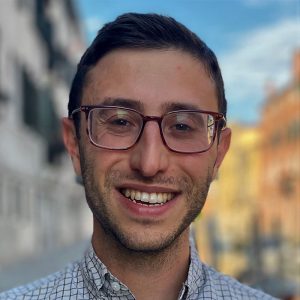 I am an economic and military historian of the early modern Mediterranean, with an emphasis on Italy.  I am especially interested in how early modern economic practices – consumerism, market culture, and the commercialization of war – shaped notions of sovereignty, territoriality, and political geography.

My monograph, Leviathan for Sale, which is under contract with Oxford University Press, examines for the first time the market for city-states: the practice of Renaissance Italian cities buying and selling neighboring towns within Italy and across the Mediterranean. Drawing on a wealth of archival sources including promissory notes, diplomatic reports, treaties, public council debates, private letters, chronicles, funeral orations, civic rituals, poetry, prose, and manuscript illuminations from Italy and beyond, this book shows how all levels of Italian society made territorial conquest legible by means of the language, customs, and practices of commerce and the marketplace

In addition, I am currently at the beginning stages of my second book titled Theater of Mars: Building the Business of War in Genoa, 1684-1797. Merging urban history with military history, this book shows how the Genoese altered the city’s docks, walls, gates, hospitals, hotels, warehouses, stables, and the Jewish ghetto to better structure, formalize, and routinize the business of war in the city. In this way, Theater of Mars offers a new urban military history that reveals the multi-dimensional effects of war on built environments.

My work has been supported by the Renaissance Society of America, the Andrew W. Mellon Foundation, and the Newberry Library, and has appeared in Past & Present, The English Historical Review, War in History, Business History, The Journal of Interdisciplinary History as well as collections by the University of Toronto Press, Cambridge University Press, Brepols, and Brill.