Position title: Board of Visitors Emeritus 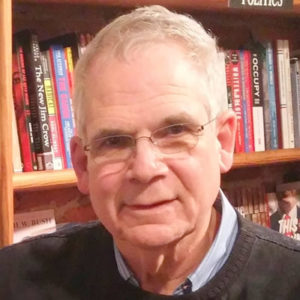 Philip Levy, who passed away on October 12, 2017, held a BA in History from the University of Wisconsin-Madison (’68) and was a proud student of George Mosse, William Appleman Williams, Harvey Goldberg, and Robert Starobin.  After working at IPS (a radical think tank), at The Old Mole (a Cambridge-based underground newspaper), for Ralph Nader, and as manager of the The Key Theater, Philip put his well-rounded, Madison education to use as a lifelong bookseller and owner of Bridge Street Books. A favorite of such bibliophiles as Mario Vargas Llosa, Azar Nafisi and Elvis Costello, Bridge Street has operated independently in Washington, DC for the past 35 years.

Philip was a member of the Board of Directors for The Play Company and served as a member of the History Department’s inaugural Board of Visitors until his death.  We will miss his wit, erudition, and generosity with his time and friendship