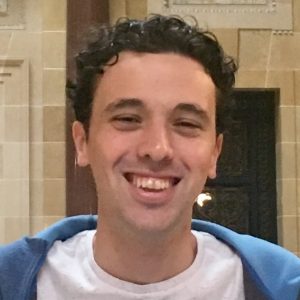 I am a first year student focusing on Modern Europe, particularly the 19th and 20th centuries. My research interests include the development of the modern European welfare states in the historical context of industrialization, war, colonialism, and migration. How were social policies such as pensions, workers’ comp, unemployment insurance, and healthcare implemented? Who were the agents of change? Are these policies always a victory for the working class or can they also be forms of social control? And more generally, what does the development of the welfare state suggest about political hegemony in Modern Europe? These questions motivate my study of European history, but I am also passionate about the social value of teaching history and hope to become a well-rounded instructor in the future.

For my undergraduate senior thesis I studied the development of healthcare policy in Catalonia since the period of military dictatorship following the Spanish Civil War up until the democratic transition in the 1970s and the rise of Catalan nationalist politics more recently. However, for my graduate studies I intend to focus on France and Spain.

Outside my academic interests, I enjoy cooking, exploring the great food produce of Madison’s farmers markets, playing acoustic guitar, and discovering the many parks and nature trails in the area.