Position title: Associate Professor of History and the History of Medicine 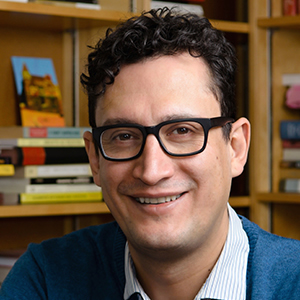 My work focuses on the history of knowledge, science, and the history of health and corporeality in Latin America, the Caribbean, the African diaspora and, more generally, the Iberian and Black Atlantic Worlds. My book, The Experiential Caribbean: Creating Knowledge and Healing in the Early Modern Atlantic (winner of the William H. Welch medal, the Albert J. Raboteau Book Prize, and Honorable Mention-Bolton-Johnson Book Prize), explores belief making and the creation of evidence around the human body and the natural world in the early modern Caribbean. My recently published edited volume, The Gray Zones of Medicine, examines the role of unlicensed health practitioners in the shaping of Latin American history from the colonial time to the present. I am currently working on a history of the quantifiable body and the development of novel ideas about risk, labor, and disease that appeared in Atlantic slave markets during the seventeenth century. I’m also leading a project on a re-framing of global histories of Science Medicine and Technology and am actively involved in projects of digital archival preservation in Colombia, Cuba and Brazil.