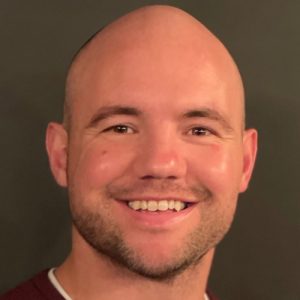 Chris Borland (’13) is a Producer and Host with Sony Audio and Neon Hum Media. He has worked as an Executive Producer on documentary films Requiem for a Running Back and Do Something and as a Producer and Host with The Players Tribune. Borland was a two-time team captain, All-American linebacker, and Big Ten Sportsmanship Award recipient while playing football for the Badgers. He played professionally with the NFL’s San Francisco 49ers, before retiring after his rookie season due to concerns of brain injury. Since 2015, Borland has advocated for former athletes and military veterans living with brain injury through his work with The Concussion Legacy Foundation, Gridiron Greats, and The Carter Center. In 2017, he ran a first-of-its kind pilot program in meditation with NFL retirees at The Center for Healthy Minds. Borland currently serves as a consultant with The Center for Healthy Minds and teaches mindfulness and emotional intelligence with the Search Inside Yourself Leadership Institute. He is active in philanthropy in his hometown of Dayton, Ohio through his work with Future Stars of Dayton. Borland has been featured on CBS This Morning, Face the Nation, and ESPN the magazine, among other outlets. He lives in Madison.