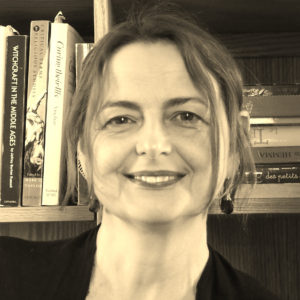 My publications include Démocraties ambigües en Afrique centrale: Congo-Brazzaville, Gabon, 1940-1965, Paris: Karthala editions, 1996; A History of Prison and Confinement in Africa, Portsmouth, NJ: Heinemann, 2003; Ruptures Postcoloniales (co-editor, Paris: La Découverte, 2010); and Colonial Transactions:, Imaginaries, Bodies and Histories in Gabon, Durham, NC: Duke University Press, 2019) historicizes witchcraft in colonial Gabon, and more broadly, the cross-emergence of black and white anxieties about sacred and spiritual agency from the nineteenth century to the present.  I have also written extensively on colonialism and postcolonialism, particularly on African and colonial scholars’ engagement with current social crises in France.  My work has been rewarded by a John S. Simon Guggenheim Fellowship (2001-2002), a fellowship at the Virginia Center for the Creative Arts (2008) and the Netherlands Institute for Advanced Study (2013-214).  I recently served as the African History member on the Editorial Board of the American Historical Review and on the advisory board of the Journal of African History.