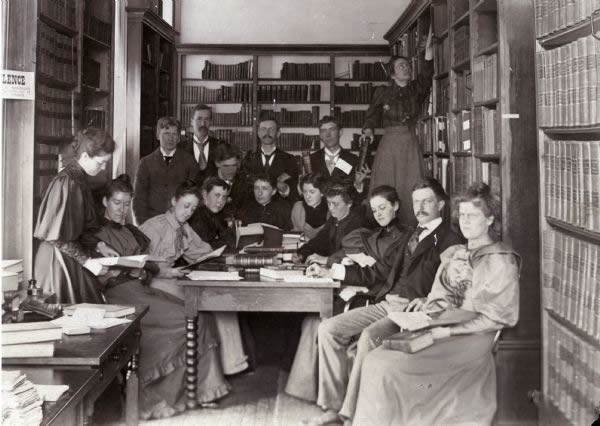 To maintain enrollments during the Civil War, the UW allowed women to enroll in its “normal department” (teaching college). In the fall of 1863, 119 of 229 UW students were women. In 1866 the Wisconsin legislature passed a measure “specifically providing that the University was to be open to women in all of its departments.”

This image shows historian Frederick Jackson Turner and his seminar ca. 1893-1894. Professor Turner is seated second from the right, and the two women standing were staff members. Of the students, five were men and eight were women. Unfortunately, we do not have systematic data on History students until the last decades of the twentieth century.