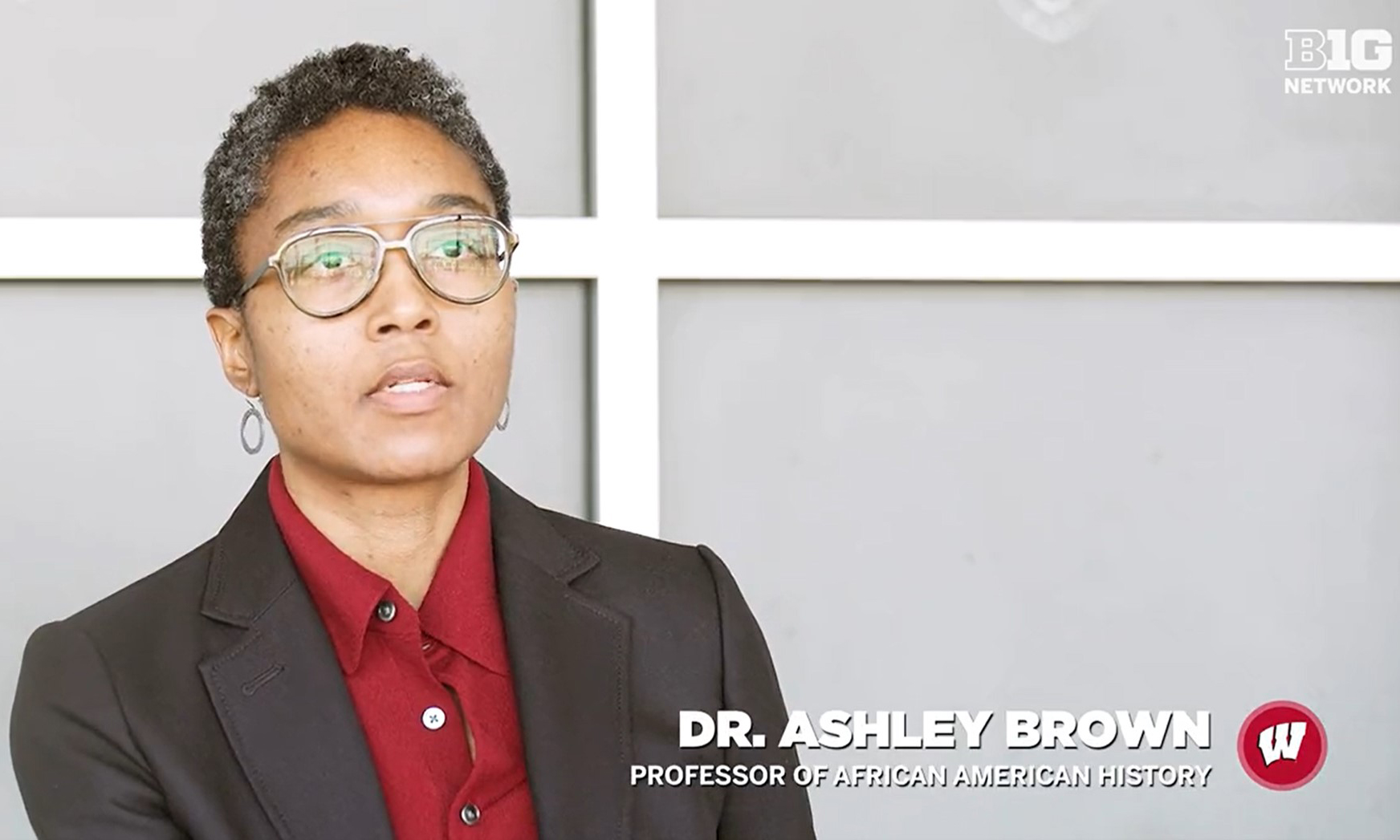 On February 14th, Professor Ashley Brown was interviewed by her former student Ethan Bacon for a Big Ten Network feature on George Coleman Poage, first African-American athlete to win an Olympic medal and a UW-Madison History alumnus. Poage was born in Hannibal, Missouri in 1880 and moved with his family to La Crosse, Wisconsin at a young age. At his high school in La Crosse, Poage excelled as both a student and an athlete, and became the class salutatorian upon graduation. Poage went on to attend UW-Madison and graduated in 1903 with a degree in History, then returned in the 1903–1904 school year to take classes in History at the graduate level. In 1904, Poage made history when he competed at the third Olympic Games in St. Louis, Missouri and captured bronze in both the 220-yard and 440-yard hurdles, becoming the first African-American to win Olympic medals.

Of Poage’s contribution to American history, Professor Brown says “Poage has rather been lost within the history of sports…it’s really important that we seek out sources and search for, in this case, the identity of someone like George Coleman Poage and recognize, first of all, his excellence as an athlete and also pay attention to the struggles and challenges that he faced.”

Professor Ashley Brown is an Assistant Professor & the Allan H. Selig Chair in the History of Sport and Society at UW-Madison. She is a twentieth-century United States historian whose research and teaching focus on African American history, women’s history, and the history of sport.