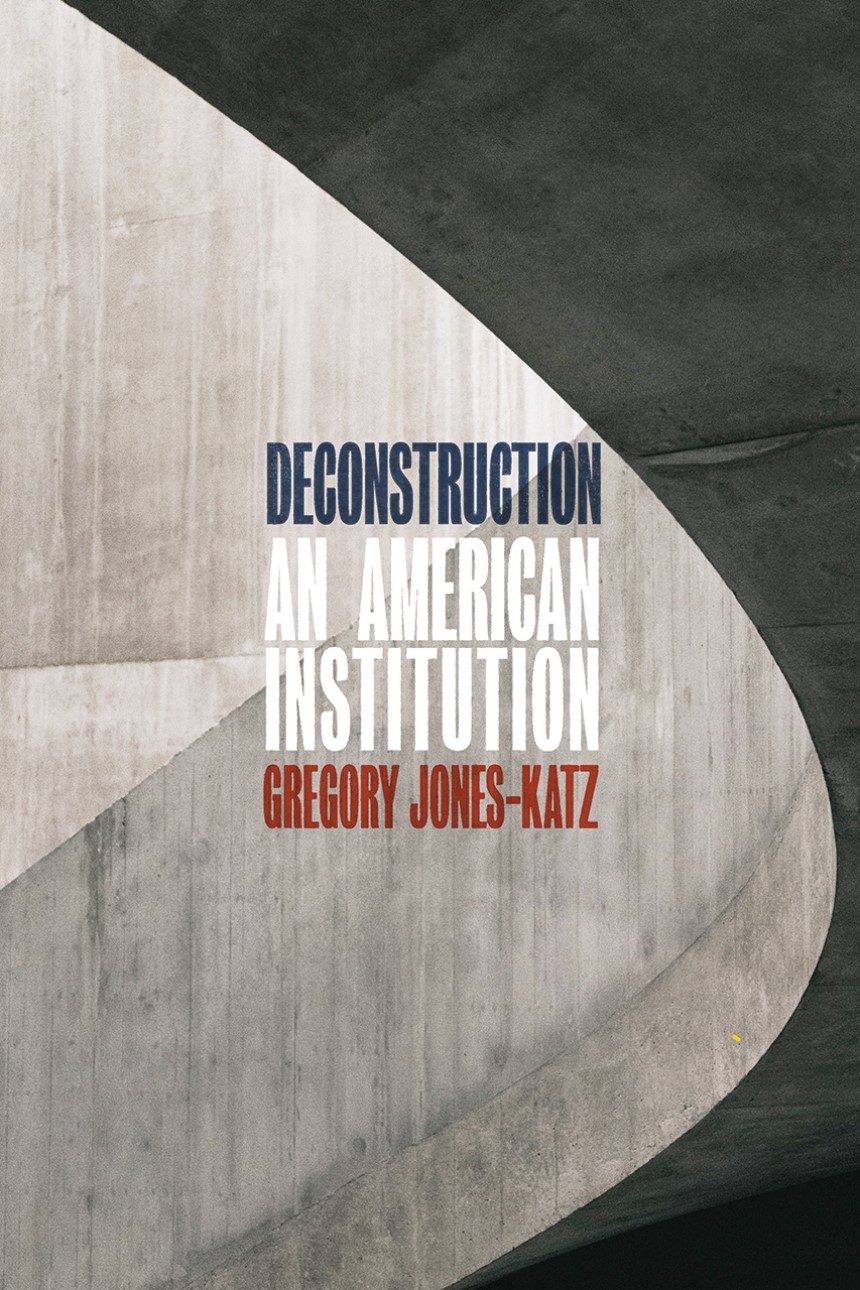 Alumnus Gregory Jones-Katz has a new book published through The University of Chicago Press. Deconstruction: An American Institution is an intellectual history of the deconstruction movement that transformed the humanities during the 20th century.

“Deconstruction begins well before Jacques Derrida’s initial American presentation of his deconstructive work in a famed lecture at Johns Hopkins University in 1966 and continues through several decades of theoretic growth and tumult. While much of the subsequent story remains focused, inevitably, on Yale University and the personalities and curriculum that came to be lumped under the “Yale school” umbrella, Deconstruction makes clear how crucial feminism, queer theory, and gender studies also were to the lifeblood of this mode of thought. Ultimately, Jones-Katz shows that deconstruction in the United States—so often caricatured as a French infection—was truly an American phenomenon, rooted in our preexisting political and intellectual tensions, that eventually came to influence unexpected corners of scholarship, politics, and culture.”

Gregory Jones-Katz is a lecturer in history at the Chinese University of Hong Kong, Shenzhen. He received his Ph.D. in American History from UW-Madison in 2016, under the mentorship of Professor Jennifer Ratner-Rosenhagen.

Read more at The University of Chicago Press.