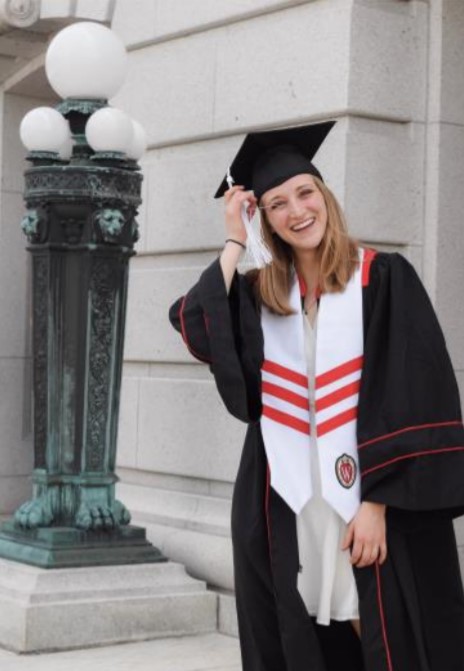 Congratulations to History major and recent graduate Alyssa Hamrick on receiving the $500 honorable mention for the 2021 Iwanter Prize for Undergraduate Research from the UW-Madison Center for the Humanities! Hamrick received the honorable mention for her senior thesis, advised by Professor Kathryn Ciancia and titled “From Katyn to ‘Katynism’: The U.S. Congressional Investigation of the Katyn Massacre,  1951-52.” The Iwanter Prize recognizes outstanding humanities-based scholarship of a broad and interdisciplinary nature.

Hamrick’s thesis is an exploration of the terminology and language the Congressional Committee used to discuss the Katyn Massacre, which provides a window into expanding the newly codified ideas of crimes against humanity and genocide. Hamrick argues that an exploration of the U.S. congressional investigation into the massacre allows us to understand what was at stake when politicians mobilized the language of atrocity during the early Cold War.