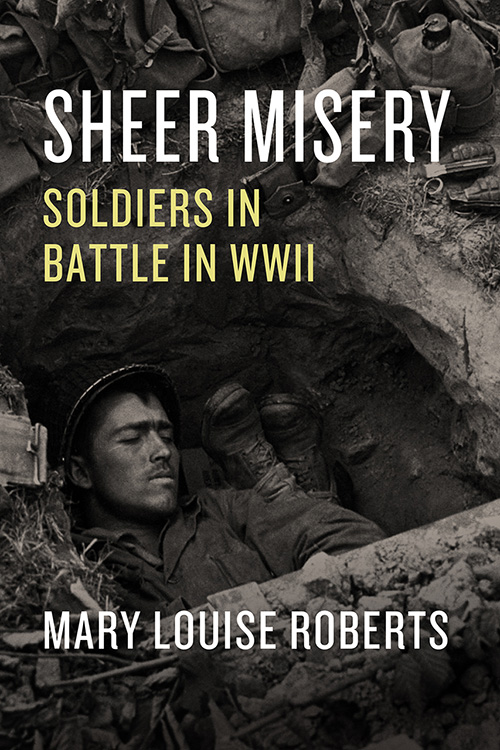 Professor Mary Lou Roberts has a new book titled, Sheer Misery: Soldiers in Battle in WWII (University of Chicago Press, 2021). According to the publisher’s website, “Sheer Misery trains a humane and unsparing eye on the corporeal experiences of the soldiers who fought in Belgium, France, and Italy during the last two years of the war. In the horrendously unhygienic and often lethal conditions of the front line, their bodies broke down, stubbornly declaring their needs for warmth, rest, and good nutrition. Feet became too swollen to march, fingers too frozen to pull triggers; stomachs cramped, and diarrhea stained underwear and pants. Turning away from the accounts of high-level military strategy that dominate many WWII chronicles, acclaimed historian Mary Louise Roberts instead relies on diaries and letters to bring to life visceral sense memories…”