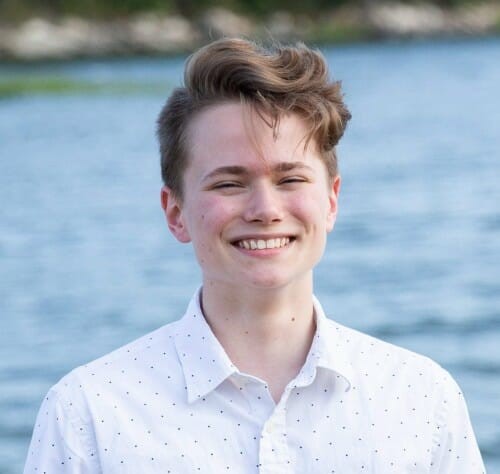 History major Adrian Lampron has been selected as one of three Truman Scholarship Finalists from UW-Madison! The Truman Scholarship recognizes outstanding leadership potential, a commitment to a career in government or the nonprofit sector, and academic excellence. Out of a total of 845 nominees from 328 colleges, Adrian was identified as one of the 193 finalists. Adrian studies history, political science, and LGBTQ+ studies here at UW, and also works as an organizer and advocate in Minneapolis. They have interned for Phillipe Cunningham, who won a seat on the Minneapolis City Council in 2017 and became the first Black queer trans man elected to public office in the United States. Adrian has also served as a student council representative, congressional office intern, graphic designer, and field organizer in Minnesota during the 2020 election. They were also recently elected as the next chair of Associated Students of Madison, UW-Madison’s student council. Congratulations Adrian!