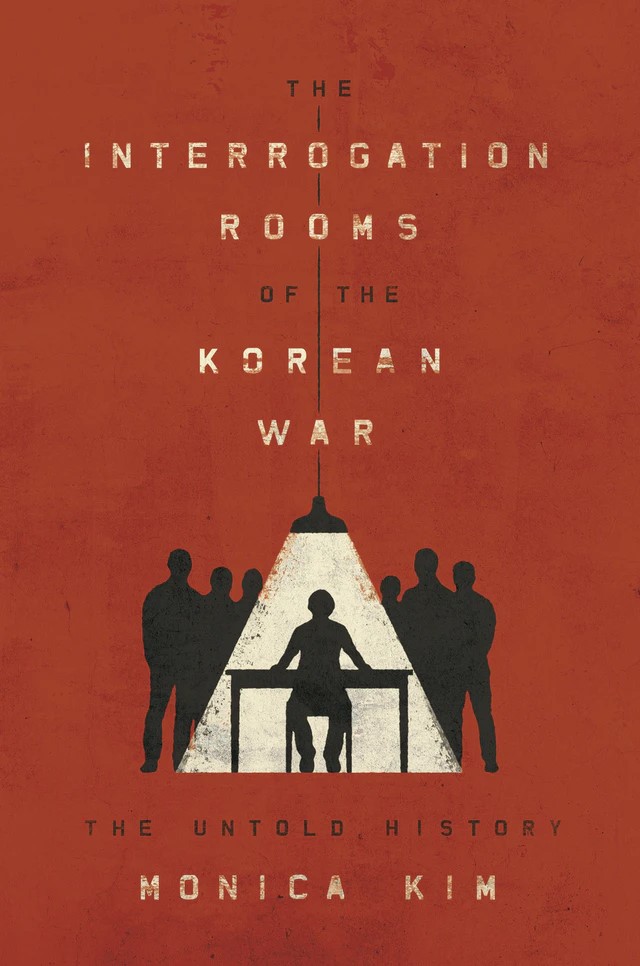 Congratulations to Professor Monica Kim, who has received the 2021 Outstanding Achievement in History Book Award from the Association for Asian American Studies! This is the fourth award that Kim has received for her book, The Interrogation Rooms of the Korean War: The Untold History (Princeton University Press, 2019).

Kim’s work aims to place US empire and war-making within global processes of colonialism through unexpected sites of encounter like the military interrogation room. The Interrogation Rooms of the Korean War is Kim’s first book, and tells the story of warfare in the mid-twentieth century through the war that was not an official war – the “police action” called the Korean War. Kim tells a global history of the Korean War through four different military interrogation rooms: those created by the US military, South Korean paramilitary youth groups, the North Korean and Chinese militaries, and the Indian Custodian Force. The Interrogation Rooms of the Korean War reveals that the twentieth-century liberal project of regulating, not eliminating, warfare on the decolonizing globe was, in fact, a more fundamental battle over defining the terms of sovereignty and political recognition. The ambitions of empire, revolution, and international solidarity converged upon an intimate encounter of military warfare: the interrogator and the interrogated prisoner of war.