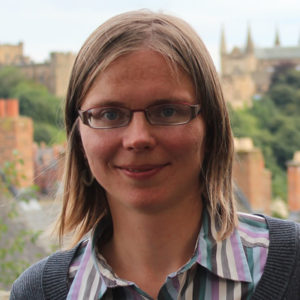 Professor Elizabeth Lapina has a new article published in The Medieval Globe titled, “Medievalism, Misogyny, and Orientalism: The Representation of Queen Sibylla in Ridley Scott’s Kingdom of Heaven.”

This article is an historian’s engagement with Ridley Scott’s Kingdom of Heaven (2005) and its portrayal of Queen Sibylla of Jerusalem. It demonstrates that the film presents a myth of medieval women’s lack of agency, especially in the spheres of warfare and politics, and that it also projects modern misogynist and Orientalist tropes onto the medieval past. In addition to critiquing the film’s historical claims, it draws on medieval sources to reconstruct what the historical Sibylla’s roles were likely to have been, and to demonstrate the prevalence of women’s involvement in allegedly “masculine” spheres of activity. Finally, it calls on historians to expose the dangerous uses of “medieval” imagery in contemporary popular culture and right-wing ideologies.

More information about the article can be found at The Medieval Globe.