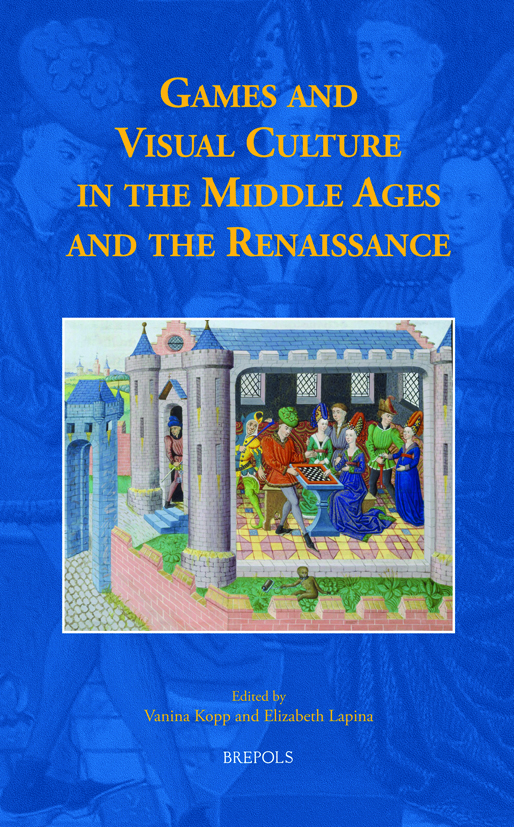 Games and Visual Culture in the Middle Ages and the Renaissance (Brepols, 2021)

The volume contributes to reconstruction of medieval and early modern gaming culture through analysis of visual and material evidence.

During the Middle Ages and the Renaissance, games were not an idle pastime, but were in fact important tools for exploring, transmitting, enhancing, subverting, and challenging social practices and their rules. Their study, through both visual and material sources, offers a unique insight into medieval and early modern gaming culture, shedding light not only on why, where, when, with whom and in what conditions and circumstances people played games, but also on the variety of interpretations that they had of games and play. Representations of games, and of artefacts associated with games, also often served to communicate complex ideas on topics that ranged from war to love, and from politics to theology.

This volume offers a particular focus onto the type of games that required little or no physical exertion and that, consequently, all people could enjoy, regardless of age, gender, status, occupation, or religion. The representations and artefacts discussed here by contributors, who come from varied disciplines including history, literary studies, art history, and archaeology, cover a wide geographical and chronological range, from Spain to Scandinavia to the Ottoman Turkey and from the early medieval period to the seventeenth century and beyond. Far from offering the ‘last word’ on the subject, it is hoped that this volume will encourage further studies.

Vanina Kopp is Privatdozentin at the University of Münster. She was research group leader on medieval games at the German Historical Institute in Paris, where she wrote her second book Sacred, Serious, Subversive (Habilitation, 2020) on literary games in monastic, courtly, and urban contexts, and she has co-edited two volumes on educational games (Jeux éducatifs et savoirs ludiques in Ludica, 2016-2018). She is also the author of one monograph (Der König und die Bücher, Thorbecke 2016) and co-author of an edited volume on archives and power (Archiv Macht Wissen, Campus 2010).

Elizabeth Lapina is Associate Professor of Medieval History and Director of the Medieval Studies Program at the University of Wisconsin – Madison. She is the author of one monograph (Warfare and the Miraculous in the Chronicles of the First Crusade, Penn State, 2015) and is co-editor of two volumes (The Crusades and Visual Culture, Ashgate, 2015 and The Uses of the Bible in Crusader Sources, Brill, 2017). Her articles include ”Gambling and Gaming in the Holy Land: Chess, Dice and Other Games in the Sources of the Crusades,” published in Crusades in 2013.