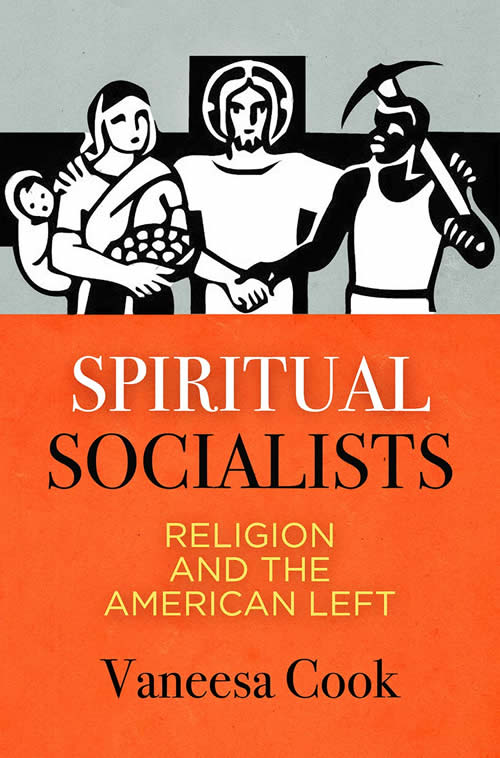 Refuting the common perception that the American left has a religion problem, Vaneesa Cook highlights an important but overlooked intellectual and political tradition that she calls “spiritual socialism.” Spiritual socialists emphasized the social side of socialism and believed the most basic expression of religious values—caring for the sick, tired, hungry, and exploited members of one’s community—created a firm footing for society. Their unorthodox perspective on the spiritual and cultural meaning of socialist principles helped make leftist thought more palatable to Americans, who associated socialism with Soviet atheism and autocracy. In this way, spiritual socialism continually put pressure on liberals, conservatives, and Marxists to address the essential connection between morality and social justice.

Cook tells her story through an eclectic group of activists whose lives and works span the twentieth century. Sherwood Eddy, A. J. Muste, Myles Horton, Dorothy Day, Henry Wallace, Pauli Murray, Staughton Lynd, and Martin Luther King, Jr. spoke and wrote publicly about the connection between religious values and socialism. Equality, cooperation, and peace, they argued, would not develop overnight, and a more humane society would never emerge through top-down legislation. Instead, they believed that the process of their vision of the world had to happen in homes, villages, and cities, from the bottom up.

By insisting that people start treating each other better in everyday life, spiritual socialists transformed radical activism from projects of political policy-making to grass-roots organizing. For Cook, contemporary public figures such as Senator Bernie Sanders, Pope Francis, Reverend William Barber, and Cornel West are part of a long-standing tradition that exemplifies how non-Communist socialism has gained traction in American politics.

Vaneesa Cook (Ph.D., 2015) is a historian, professor, and freelance writer on religion and politics.