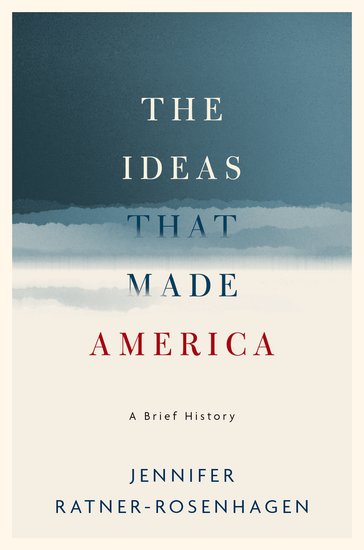 Professor Jennifer Ratner-Rosenhagen’s new book, The Ideas That Made America: A Brief History, has just been released this week by Oxford University Press. The book examines the history of American thought from the pre-contact period to the present day by delving into ideas, thinkers, and intellectual movements.

“Spanning a variety of disciplines, from religion, philosophy, and political thought, to cultural criticism, social theory, and the arts, Jennifer Ratner-Rosenhagen shows how ideas have been major forces in American history, driving movements such as transcendentalism, Social Darwinism, conservatism, and postmodernism. In engaging and accessible prose, this introduction to American thought considers how notions about freedom and belonging, the market and morality — and even truth — have commanded generations of Americans and been the cause of fierce debate.”

Learn more about the book!