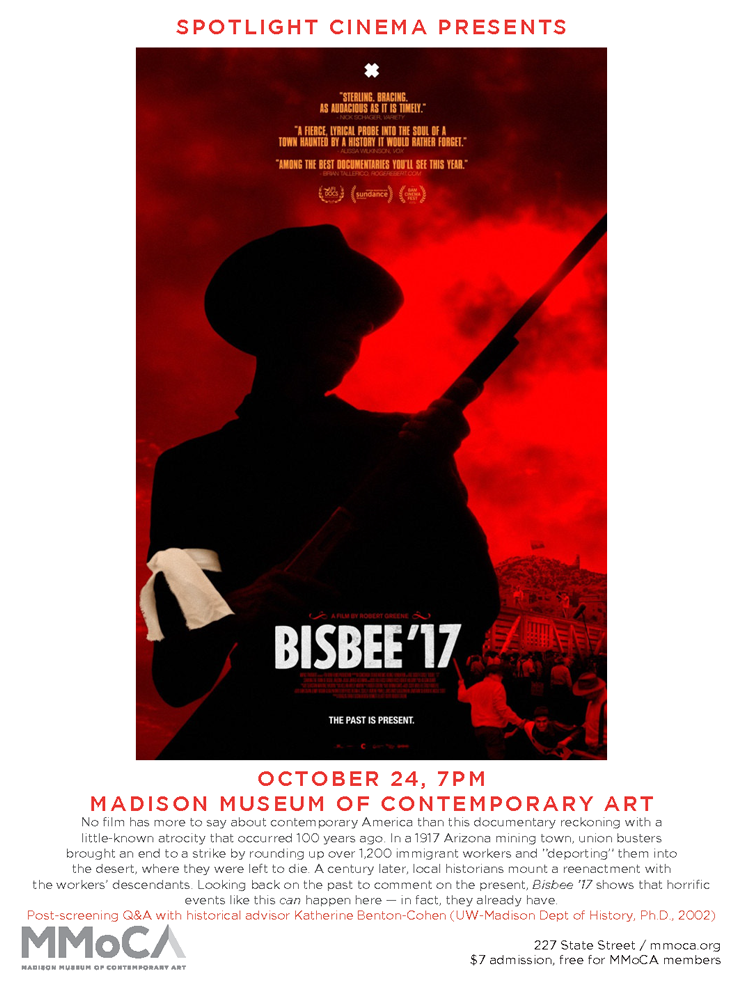 Katherine Benton-Cohen received her PhD from our department in 2002, is Associate Professor of History at Georgetown University, and recently served as historical advisor to the documentary Bisbee ‘17, which will be playing at Madison Museum of Contemporary Art next Wednesday 10/24! A Q&A with Professor Benton-Cohen will follow.

The documentary tells the story of a 1917 strike in an Arizona mining town, the 1,200 workers that were “deported” to the desert and left to die as a result, and the town’s attempt to reconcile with the tragedy 100 years later.

Professor Benton-Cohen received her Ph.D. from the Department of History at UW-Madison in 2002, where she wrote her dissertation on what became the book Borderline Americans: Racial Division and Labor War in the Arizona Borderlands (Harvard, 2009). She is also the author of Inventing the Immigration Problem: The Dillingham Commission and Its Legacy (Harvard, 2018). She also writes for popular press, including Lapham’s Quarterly, Huffington Post, and Politico.