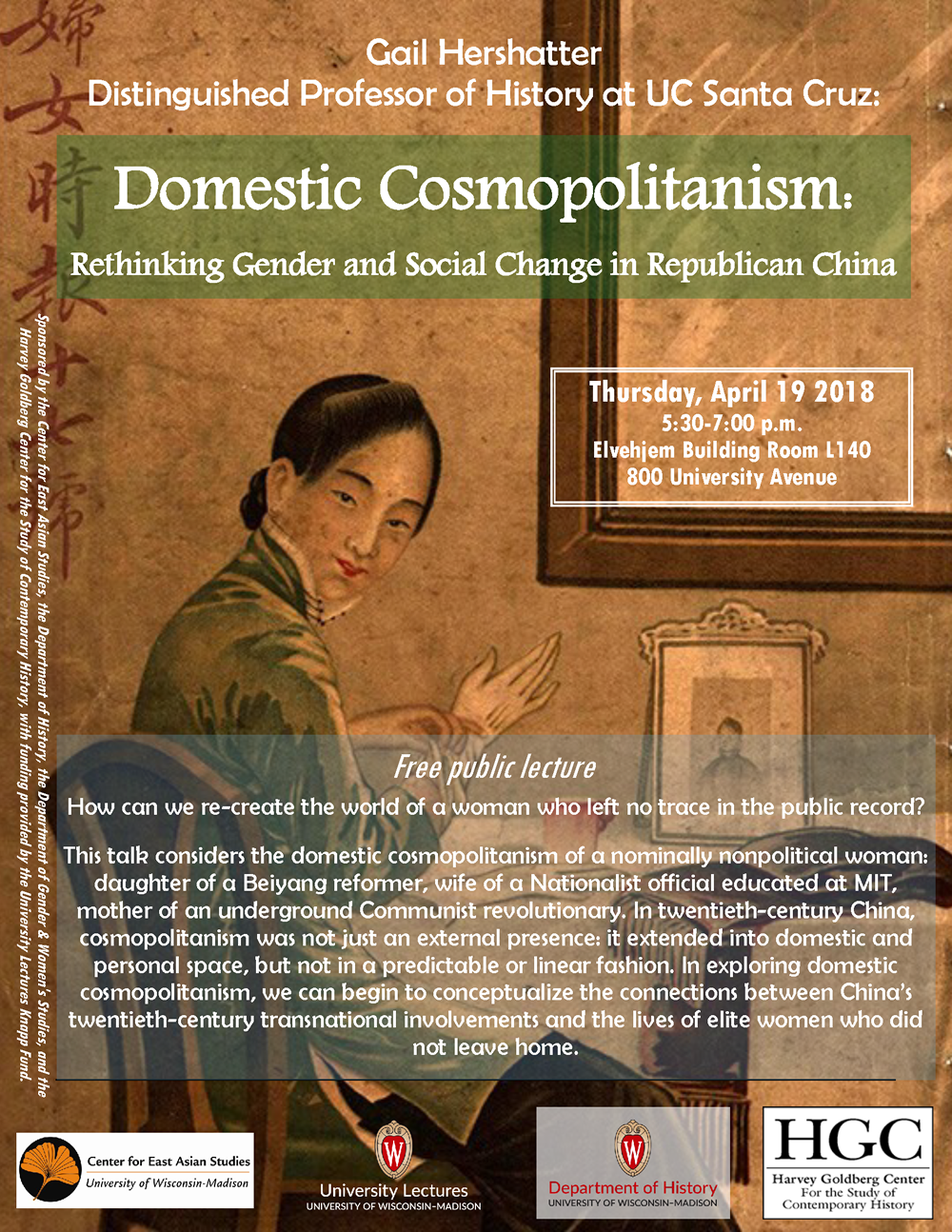 How can we re-create the world of a woman who left no trace in the public record?

This talk considers the domestic cosmopolitanism of a nominally nonpolitical woman: daughter of a Beiyang reformer, wife of a Nationalist official educated at MIT, mother of an underground Communist revolutionary. In twentieth-century China, cosmopolitanism was not just an external presence: it extended into domestic and personal space, but not in a predictable or linear fashion. In exploring domestic cosmopolitanism, we can begin to conceptualize the connections between China’s twentieth-century transnational involvements and the lives of elite women who did not leave home.